In 1870, Englishman Reginald Neave and his partner, Dr. William Bell, spent about $40,000 to purchase several ranches near the middle of the valley to establish a cheese factory which opened in June 1872.  The dairy consisted of a dairy house, curing room, and a corral with shed for over 100 cows.  The curing room was built of logs six inches by ten inches; outside was a foot of earth kept in place by boards nailed to the logs.  The roof was also covered with earth, so that the external heat was thoroughly excluded.  There was storage capacity for 40,000 pounds of cheese which was aged from one to three months.  The temperature was kept uniform by use of steam pipes.  The dairy room vats each held 350 gallons.  Beneath the tank was space for water which was heated by a steam pipe.  This allowed the milk to be heated without application of direct heat.  The Rocky Mountain News reported that 5,000 pounds of cheese "scarcely inferior to Western Reserve" was sold in 1872.

Reginald Neave was killed in December 1872 by Theodore Pryce, Pryce has been in the valley since September and was generally looked upon as a future partner of Neave.  Pryce had been drinking heavily for several days when, without provocation, he called Reginald outside and stabbed him.  Neave was dead in a few minutes.  Both men were members of the British peerage.  Reginald was the fifth son of Sir Richard Neave.  Three of his older brothers had come to violent deaths, one was killed by a tiger, another by a bear, and another in military service.  Cr. Bell contracted with the Caldwell Brothers to manage the ranch, and the cheese factory was sold.

Nearly a year and a half later, Pryce's trial was held with three prosecution attorneys, three defense attorneys, and W. Martin Flegg, a distinguished English "barrister" the Pryce family sent.  Theodore Pryce was given a life sentence in the Canon City Penitentiary on May 12, 1874, at age 30.  Attempts by the British government to help Pryce failed.  When Pryce sought a pardon, the Pueblo Chieftain was opposed.  The newspaper in a January 29, 1879 article credited Neave and Bell with "saving a large portion of the population of the valley from almost destitution" during the hard winter of 1870.  On May 19, 1882, Theodore Pryce died.  The physician's report read "starved himself."

Reprinted with permission from "Custer County at a Glance" Featuring Rosita, Silver Cliff and Westcliffe by Joanne West Dodds.

Wow, interesting. Does anyone know where in the valley it was located and are there any remnants?

Hi John,  Thanks for sharing this interesting bit of Custer County history.  Wow, they sure had to go through a lot to make cheese back then. 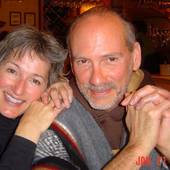