A few minutes tuning into the news can very easily leave you worried to leave the house let alone embark in buying or selling real estate. Is that response really warranted though?   Check out this valuable blog.  Kudos to Debe Maxwell, CRS for putting this piece together for us all.   Beware the Chicken Little phenomenon folks and remember the value in consulting with your local Realtor.

Recessions are a fact of life - as we often hear financial advisors say, “It’s not a matter of if but, when we’ll experience another one.” We don’t know - none of us have crystal balls and if you are a business owner as I am, you read, analyze data and come up with your own opinion. And, that’s just we all have about a possible correction/recession - our own OPINION!

We have heard from many in the news media that ‘this is the year’ or that ‘a recession is upon us.’ Really, their data is no better than ours - they’re stating conjectures - well, and we all know how they love sensationalism! That’s what sells in their business so, they stick with what ‘sells’ in their business. I call it ‘Chicken Little Syndrome!’ Sometimes, it’s at the expense of others’ businesses; in this case, their invalid conjectures are causing some who are/were thinking of buying or selling to hedge their bets a bit.

So, here are a few facts and the conclusion that those of us in the real estate business would like to share:

1. 53% of home purchasers (first-time and repeat buyers) currently in the market believe a recession will occur this year or next.

3. 55% said they would cancel plans to move if a recession occurred.

Since we are currently experiencing the longest-ever economic expansion in American history, conjecture about a possible recession does seem like a ‘logical’ progression. Sadly, there is no ‘merit’ to these claims and all it does is remind buyers and sellers of the horrors of 2008 when they hear the word “recession.” It does tend to stop a LOT of people in their tracks - especially if you were a homeowner during the 2008 recession or were impacted by it in any way, shape or form.

Ali Wolf, Director of Economic Research at the real estate consulting firm Meyers Research, said it well, “With people having PTSD from the last time, they’re still afraid of buying at the wrong time.”

Most experts, however, believe that, even if there is a recession, it will not resemble 2008. This housing market is in no way the same as it was just over a decade ago. Economist, Jeff Tucker, explained recently:

“As we look ahead to the next recession, it’s important to recognize how unusual the conditions were that caused the last one, and what’s different about the housing market today. Rather than abundant homes, we have a shortage of new home supply. Rather than risky borrowers taking on adjustable-rate mortgages, we have buyers with sterling credit scores taking out predictable 30-year fixed-rate mortgages. The housing market is simply much less risky than it was 15 years ago.”

Here’s a little tidbit that I firmly believe hits my point home:

In the past 23 years, there have been two national recessions – the dot-com crash in 2001 and The Great Recession in 2008. Home values fell 19.7% during the 2008 recession, which happened to be caused by a mortgage meltdown. However, during the dot-com crash/recession in 2001, stock prices did fall almost 25% but, home values appreciated 6.6%. The triggers of the next correction/recession will more closely mirror those from 2001 – not those from 2008. As you know, lending criteria is far more stringent than prior to The Great Recession of 2008.

No one can accurately predict when the next correction/recession will occur so, are you going to live your life fearing one? It is very important to realize that the impact of a recession on the housing market, regardless of when it occurs, will in no way resemble 2008.

Take if from the real estate professionals, the media has a political agenda with every story! Before you heed any recessionary warnings, dive into the facts - both locally AND from the professionals with boots on the ground in real estate! Call or text me at (704) 491-3310 today.

© Debe Maxwell | The Maxwell House Group | RE/MAX Executive | CharlotteBroker@icloud.com | Keep Calm - The Sky is Not Falling! This Is NOT 2008 Disclosure of material contained within. Download Charlotte's hottest new app for up-to-the-minute listings and the most accurate neighborhood information available on the web!

GET THE CHARLOTTE PROPERTIES APP AT GOOGLE PLAY

Good morning Brenda. A recession, I don't see any signs of a recession except from the news reporters who don't have anything to report. Enjoy your day!

An excellent choice of a post to re-blog! A good warning to beware of the chicken little phenomenon! One reason I don't listen to main line media..they forgot what its like to be a journalist and report the news.

An excellent choice of a post to reblog.  We are constantly being told to run for the hills.

The only thing we can do is our best and that’s all we can do all the time no matter what economic situation is in front of us! 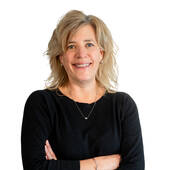