If a school tells you they have a high pass rate, ask them how they know. If they tell you that many of their students call to say they passed the first time, ask them if they follow up with every student. Ask them if they have a means to know if all students even took the state exam. Ask them if they have a way to verify that the people who said they passed the first time, actually passed the first time. If they are saying their pass rate is better than other schools, they must also have this data on other schools. My point is that they don’t know. All schools have anecdotal evidence, which has its purpose, but this is not the same as statistical evidence. But in the case of real estate schools, I’m not sure statistical evidence is even helpful. Why do I say that? Keep reading…

Overall, the number of people who pass the Florida real estate state exam the first time they take it is around 51%. (Source: Florida Bureau of Education and Testing)

So, if large school is telling you that their pass rate is better than average, you are talking to someone who does not understand math and statistics. The exception to this would be a school that requires an entrance exam or other criteria, which would skew the average. It’s probably safe to say that there is no real estate school in the Florida doing this.

My point of saying all of this is that if you are asking about the pass rate, even if schools knew it and could tell you, it probably would not give you the information you want. It would tell you how large the school’s testing pool is. What you really want to know is if the instructor is any good. Why not just ask that?

If you want to know how to determine if an instructor is good, I wrote a blog post about that.  If you are looking for a great real estate school in Florida, check out Demetree School of Real Estate.

You do a great job explaining this Karen.  I'm sure you are a valuable resource for hopeful real estate agents in Florida. 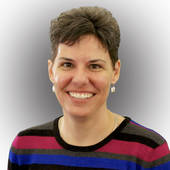