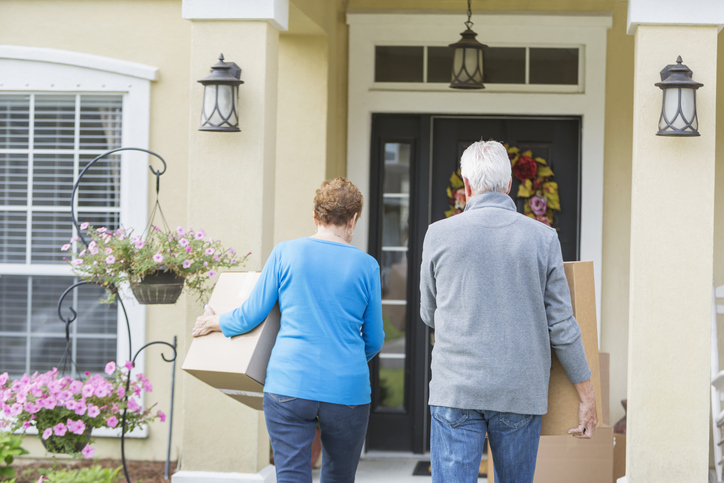 People decide to downsize their homes for a number of reasons. Whether the kids have moved out and they need less space, or the general upkeep is too time-consuming, selling a larger home and moving to a smaller one seems like a good way to cut back on expenses and save some money each month — in theory, anyway. The reality is that downsizing doesn’t always bring in a surplus of money the way your client might hope it will. Understanding some of the ways that downsizing could actually cost more may help prospective buyers see the bigger picture.

Smaller homes in more affluent neighborhoods may be more expensive

Depending on where your seller currently lives, moving to a smaller house in a more upscale neighborhood could mean paying more for a house, no matter what the square footage is. It probably comes as no surprise that selling a large house in Kentucky and moving to a three-bedroom in Manhattan will likely not net any savings, but the price-per-square-foot discrepancy can also vary widely within your state. For example, according to real estate data site Property Shark, spending $200,000 in San Antonio will get you approximately 3,249 square feet of property, while in Dallas, that same amount would only put you in 1,824 square feet. It’s worth advising your client to research average price-per-square-inch in different areas before settling on a place to downsize, especially if saving money is their ultimate goal.

Insurance costs can eat up a large chunk of your client’s overall budget if they aren’t careful, especially since these costs aren’t always easy to calculate upfront. Besides the obvious potential increase in homeowner’s insurance (especially if a move to an area near water means getting something like extra flood insurance), an increase in car insurance can really eat into savings, as well. Take Michigan, for example — if someone is downsizing from a large home in Holland (one of the most affordable cities in the state) but is moving to a smaller home in Detroit, the average annual price of car insurance may jump nearly $4,000.

Most people consider a number of factors before deciding to downsize, and whether or not a new job in a smaller market could mean less income should be one of them. If less pay means your client will be putting a larger percentage of his or her income toward housing, then downsizing might not save as much as they think. Even within the same state, this can make a big impact. Take Michigan again, for example. Within Michigan, Flint ranks as one of the least affordable cities for renters and owners alike, in part because the median income for homeowners is $36,152, yet they contribute 19% of their income to housing. Throughout Michigan — as with any state — comparing the percentage of income that would be spent on housing costs helps when it comes to determining overall cost of living.

Other lifestyle factors could change

Paying less for a mortgage every month is just one aspect of overall budgeting — there are other elements your client should think about as well. Besides potentially paying more in commuting or other transportation costs, moving to a more urban neighborhood or a state with more extreme weather might translate into higher energy bills, too. In fact, how much you’ll pay for electricity varies drastically across the country, especially during the summer months. In Oregon, for example, the average monthly bill is $89.14 (the seventh-lowest in the U.S.), while in Louisiana it’s $115.35 (or the 20th-highest). A $26 difference in an electrical bill every month might not seem like a lot, but over the course of a year, that translates into more than $300.

Other everyday items — like food — can vary dramatically depending on where your client lives, as well. Take cooking oil, which costs approximately $8.48 in Seattle, while in Kalamazoo, Mich., it’s just $3.51. (For the record, cities with the lowest overall grocery prices include Brazoria County, Texas, Kalamazoo, Mich., and Wichita Falls, Texas.)