Gerry called.  We had not spoken before and he mentioned that he had bought the bank owned pool home on Barrington.  I was very familiar with the home and said, Oh yes, the sink hole property.   WHAT!

Gerry was not happy, he did not know.   I showed him how the property was listed on the property appraiser site.  It was an unrepaired settlement home.  A sink hole home.

Gerry bought the home with a buyer agent Realtor.  It was listed by a Realtor and no one told him that this home was an unrepaired sink hole home.  The listing agent represented a bank, and the bank addendum's pretty much stated, you bought what you bought, you got what you got.  The buyers agent should be shot, but they don't shoot Realtors for malpractice.

Gerry had just spent $40k or something huge fixing up the home and he needed to sell the home in the $90's.  Oh my.

Gerry is a pretty resourceful guy.  I don't know how he did it but he found the defendant that had lost the home to the bank and was able to get the sink hole report.   (the sinkhole companies will not give you the report on your house if they did the report for a previous home owner.)

We read the report.   Amazingly, though it said that the damage to the home was consistent with settlement activity, it did not say there was a sink hole.  Getting deep into the report, (these things can be 100 pages or more), it actually discussed water erosion and run off being poorly directed.

Despite that, the report indicated that it would be tens of thousands of dollars to repair the settlement damage.

I recommended to Gerry to take the report to the county.  Using a yellow highlighter, he pointed out the real cause of the damage was water erosion.

The county removed the sink hole status.  Gerry and his new Realtor... Randy Jenkins sold the home for $89,900. 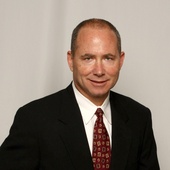