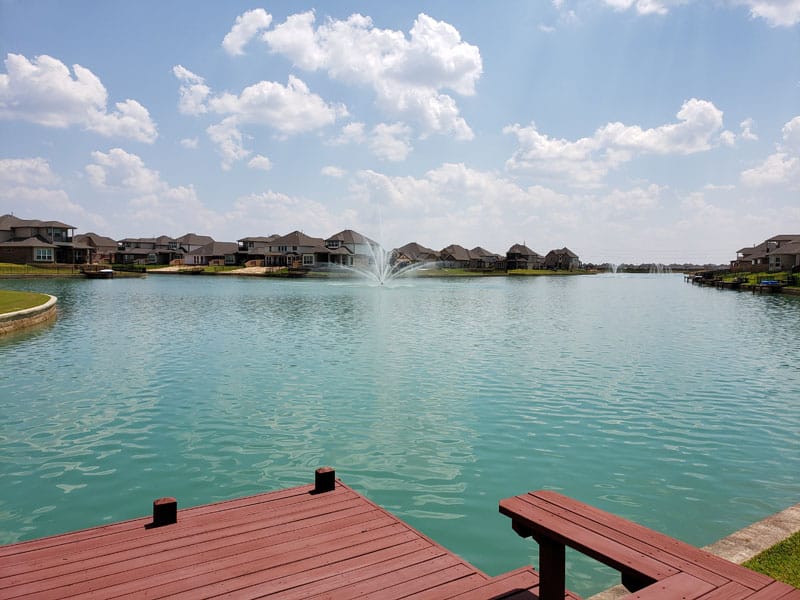 Marcello Lakes is a waterfront community located in the Northwest section of Katy in the 77493 zip code. Every lot in the community backs up to a lake that winds throughout the homes in the neighborhood.

Each home can have a private dock, and electric-powered or solar-powered water vehicles are allowed on the Lakes. The lake is stocked, but is in early stages of population, so right now fishing within the subdivision is catch and release. Eventually, fishing will be allowed, and each home will be able to keep a certain amount of fish caught.

The thing that makes Marcello Lakes somewhat unique is its price point. Most lakefront communities in the Katy area - such as Lakes of Katy and August Lakes - have significantly higher than average price tags. Homes in Marcello Lakes start in the high 200s and go up to the mid 400s, and every lot is lakefront. HOA dues are currently $1,500 per year at the time this article was published. The development is expected to contain 380 houses at completion, which they plan to happen within the next three to five years.

There's one builder in Marcello Lakes - Princeton Classic Homes. Princeton has built 17 other subdivisions around the Houston area, and per the Marcello Lakes sales rep, none of them flooded during Harvey.

The sales rep at Marcello Lakes mentioned to me that most people think being right near the Lakes is a flood hazard. But she said that the lakes work as retention ponds and can help prevent flooding. The neighborhood did have some early builds when Harvey came through, and none of them flooded, according to the sales rep. The development elevation is 146 feet, and the lakes have room to rise and fall 40 feet.

Amenities at Marcello Lakes include a 2,200 square foot clubhouse that can be rented for private parties, a community pool with a shallow pool for kids, a picnic pavilion, a tennis court, and a small playground for kids at the front of the development.

You can have your dock built by the Builder, or you can opt to have one custom made by the dock builder of your choice. Only looking for the lakefront view and not dock access? That's fine too; homes in Marcello Lakes are not required to have them.

Check out our page featuring houses for sale in Marcello Lakes to find multiple pictures of the neighborhood and its amenities. Their newest section is opening soon.

Fishing right off your back deck sounds like fun to me.  It looks like a fun place to live.

Thanks for the comments y'all. :) 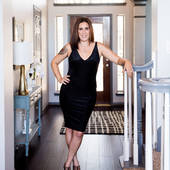