Interested in what is going on in the Brigantine New Jersey real estate market? We have your update! 2008 has been a year of adjustments thus far. Median sales prices have dropped significantly making the island moreaffordable. While waterfront properties remain high, the values in Brigantine are better than most of the surrounding waterfront areas including Ocean City, Margate, and Longport. All prices have come down and we believe that the island has stabilized. Some sellers are still unrealistic and so are some buyers. At Century 21 O'Donnell, we believe that the high gas prices will have a positive effect on the demand for both rentals and sales. A straight shot from center city Philadephia makes the island accessible in about an hour.

Brigantine is the closest bedroom community to Atlantic City and demand and traffic coming to this gambling capital seems to be on the rise. On almost any Saturday you will find traffic backed up on the Atlantic City Expressway. Casino expansion and the recent sale of Trump Marina to a group including Jimmy Buffet will see the arrival of a new casino to be named Margaritaville and a planned 50 million dollar refurbishing of the outdated Casino. This alone should create increased demand for Brigantine properties. World class beaches and fishing in our area also keep demand high. 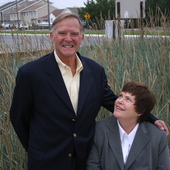