In our area, we've done a few deals with an agent named Richard.

Whenever you received a Request for Repairs from him, you knew it was going to have everything on their including the kitchen sink.  It's as if the buyer's are wanting the sellers to finance a complete remodel of the home.

There are some agents like Richard who think that they have to become the "hero" to the buyers by attempting to do this.  But I do have to say that in most cases, it is counterproductive.  Why?  Because right off the bat, your bringing a transaction that probably started off in good faith between the principals, and changing it to somewhat of a combative, or perceivably manipulative environment.  And that's never good.  It makes any further dialogue much more sensitive that it probably should be. Honestly, the main point of submitting a request for repairs is so that the buyers have the opportunity to negotiate either the sales price or credits for physical attributes of the home that were unforeseen (or perhaps undisclosed) at the time the purchase contract was mutually accepted.  And for those who might think that an "As-is" addendum would prevent that, that is not quite right.  Even though an "as-is" addendum may be signed, it is still under the assumption that it is based on a visual inspection of the property prior to contract, and there is still a discovery process for the buyer.  The buyer would still have the opportunity to "request" any such credits or addendum to the contract.  The seller has the right to refuse, of course.

My recommendation to my buyers when I am representing them is to focus on those issues that are SUBSTANTIAL.  Those that either are costly repairs or perhaps a health hazard.  And by repairs, I mean ACTUAL issues that are in disrepair.  Not UPGRADES.

Another outlook I find it helpful to buyers to take is:  Don't sweat the small stuff.  Honestly, putting items in a request for repairs or credit towards repairs for tiny little crip-crap stuff only muddys up the course of the escrow.  That type of outlook will show its ugly head should you need to negotiate with the seller later on in the transaction, or perhaps need any extensions of time for unforeseen reasons.

So once again, when it comes to asking for concessions, be objective.

Ralph, I never wanna be a Dick, lol. I think you make valid points here!

So true. Some people cause a whole lot more problems than they solve.

I always advise my buyers that we are not doing an inspection to renegotiate the contract. We are mostly concerned with health and safety issues. Good post.

Well my dad and my husband are Richards. (Only Dad goes by the name Dick)

No offense taken though. LOL

I agree 100% with you on the muddy waters created by a buyer's agent who convinces their buyers to create a long list of demands. Seems really counter productive...not a great plan of action.

ALL contracts in Texas are for as-is sales, but that doesn't mean that the buyers can't request repairs or a price reduction. We don't need a separate as-is addendum.

Some sellers really take it personally, and get upset over something like this.

If I were a seller, it would probably make me upset also if a buyer attempted to overreach.  It doesn't signify good faith negotiations.

Hey Roy!  Aloha!  How are you doing these days?

I hate it when the buyers agent sends a laundry list of items- or just copies the Home Inspection line for line. Getting past that RR in a deal is always challenging!  Great post!  Kathy

Excellent points, Ralph. Some buyers, and their agents, do approach a repairs request with the intent of everything being fixed, upgraded, etc. It's likely doomed to fail. 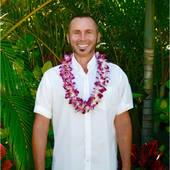 Real Estate Market Trends 4 months ago
bookmark_border
No one rings a bell when the market turns, but.... ...