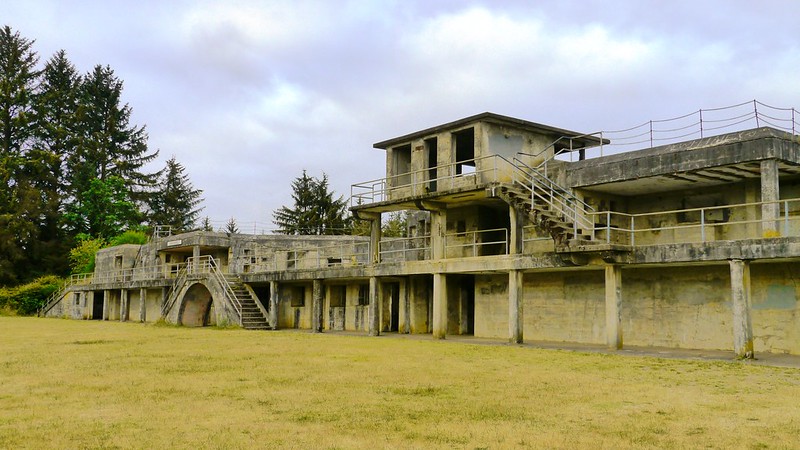 BOOM!  The sound of the explosion shattered the silent night and jolted the soldiers awake from a sound sleep.  BOOM!  "We're under fire!"  The now wide-awake soldiers scrambled to their posts.  Machine gunners raced to the beach to help repel a possible invasion.

It was the night of June 21, 1942.  The imperial Japanese Navy long-range submarine known as I-25 surfaced around 10 miles offshore just south of Fort Stevens, Oregon.  Submarine Captain Tagami Meiji evaded the minefields by following American fishing boats to the mouth of the Columbia River.  For around sixteen minutes the sub fired seventeen 144 mm shells from its 5.5 inch deck gun in the direction of Fort Stevens and Battery Russell. That night Fort Stevens and Battery Russell became the first U.S. mainland base to be fired upon since the War of 1812, a period of 130 years.  It still holds that distinction.  It was the only time the Axis powers would attack a military installation on the continental U.S. during WWII.

Battery Russell was built at Fort Stevens in Clatsop County, Oregon between March 1903 and August 1904.  It was named for Bvt. Major General David A. Russell who was killed in Civil War action at Opequan, Virginia on Sept. 19, 1864. The fort commander ordered all lights to be turned off, plunging the entire area into complete darkness.  The soldiers eagerly waited for orders to fire back, but those orders never came.  Perhaps the commander didn't want to reveal the precise location of the fort or the extent of the fort's arsenal.

The shells landed harmlessly in swamp and beach areas.  Two shells did land near Battery Russell, cutting some large telephone cables and destroying a baseball backstop. An A-29 Hudson flew out to bomb the sub, but it submerged and disappeared. The I-25 sub went on to sink two freighters and launch aerial bombings of forested land near Brookings.  It was sunk in 1943 in the South Pacific by an American warship.  Battery Russell fired its last shells on December 29, 1944.  It was replaced by the more modern Battery 245 to the northeast. Shortly after World War II ended, all of the guns at Fort Stevens were removed.  The property was turned over to the U.S. Army Corps of Engineers.  Battery Russell became part of Oregon State Parks in 1975, serving as a reminder of early 20th century U.S. military history. Though Battery Russell was a product of war, walking through it today offers a sense of peace and a reminder of our not-so-distant history.  It's a safe place to visit, although a sign does warn that there still are dangers. I had heard a little about this attack in the past, but I have never seen pictures.  Those are great photos, Rick.

CONGRATULATIONS Rick, on having this blog FEATURED in the PHOTOS group!

Rick Obst Thank you for teaching me about this. it sounds like a park my son would find fascinating. He's a histor buff.

Lauren Williams, CPO The northwest corner of Oregon has a lot of history to discover, such as:

Hi Rick- I was not the best student of history but what an interesting story. thanks for the lesson.

Kathy Streib There is history all around us, even in our hometown, when we take the time to look and learn.  This event in WWII history was unknown to me until I stayed in Fort Stevens State Park on a camping trip and walked the grounds of Fort Stevens and Battery Russell.

Good morning Rick. I never knew about this and what a story. Thank you for sharing.

Sheila Anderson Thank you for reading the post and commenting. There are a lot of great stories out there for us to discover.

It's interesting about the west and east coasts (and our ships) being targeted by submarines in WWII. The country definitely wasn't expecting that! Interesting story, thank you for sharing.

Kat Palmiotti My brother used to live in Kalispell and is now in Libby working as a game warden. You live in beautiful country! Thank you for reading and commenting on this post.

Good morning Rick Obst - that is a part of World War II history that I never knew.

Grant Schneider There are so many great WW II stories to learn about.  This is one that I personally encountered when I visited the sites and walked the grounds.

My grandfather had told me that German U boats came up the bayous of South Louisiana and they exchanged money for food. When I would tell people that story, I knew what they thought. Through technology they have now found sunken Uboats in the Gulf of Mexico, that they didn't "know about".  I would guess the government didn't want to cause any more panic than there already was.

faye schubert I had no idea that German subs had penetrated the Louisiana bayous during WWII.  I'll be researching this to learn more.  Thank you for sharing and commenting on this post.

I really enjoyed reading about a peice of history I did not know about!

Great story Rick! I was vaguely aware of this attack. Thanks for for filling inthe details!

Hello Rick: more proof that we continue to learn.   I admit this story is new to me.

Michael Jacobs This story was new to me until I walked the grounds, read the State Parks brochure, and did my own research.  The submarine is involved in another fascinating story that happened in southern Oregon, which I'll write about in a future post.

Thank you very much for sharing this chapter of our American history. 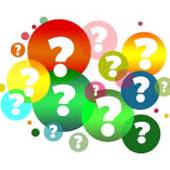