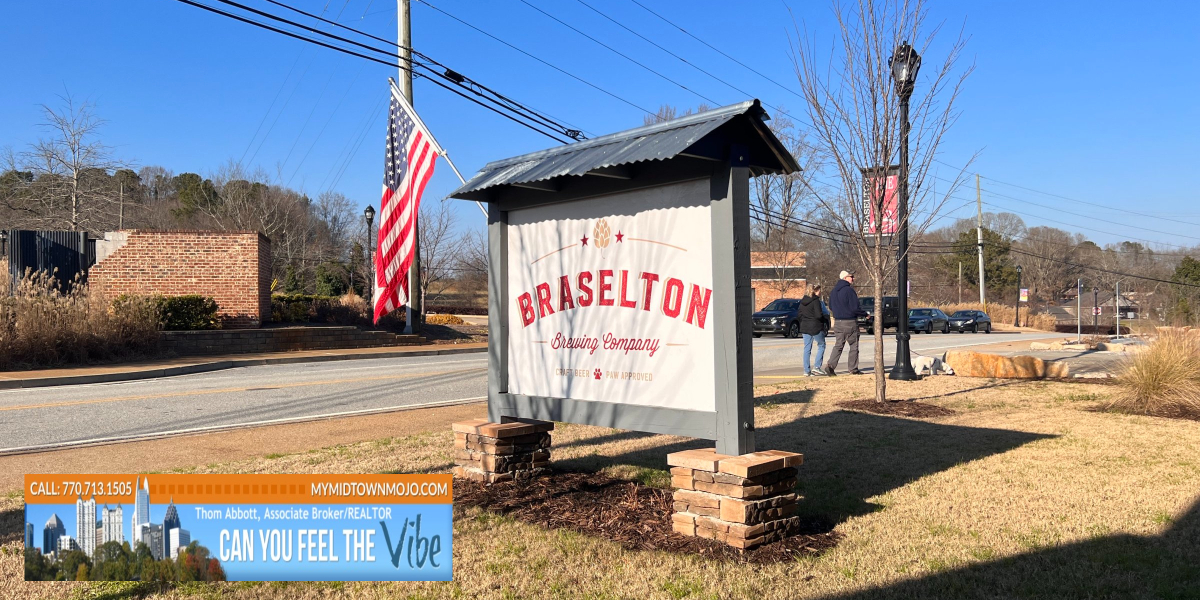 It's a tough assignment but someone has to report on all these craft breweries that are popping up....well almost everywhere it seems... in Georgia! My count is around 68 of them...and this post is about one that's not even included in that number. But on we go with another edition of The Georgia Craft Brewery Tour! So I stumbled on the Grand Opening of StillFire Brewing via a Google Alert that is set for Buford Highway. It was a VERY rainy Saturday for their Grand Opening weekend (meaning no outdoor patio use... and they have two really nice ones!) so I really was wondering if there would be many people there.

Haha! When I arrived, the brewery was at capacity. They had room for one more...and I made it in. I think the turnover moved people through, but when I left an hour or so later there was about 9-10 people standing in line waiting to get in. What that capacity is, I'm not sure, but I'd guess there was 150 or more in the Tap Room! So I thought it would be 1) a challenge to order and 2) a challenge to sit my beer down anywhere! Well the first one is easy...they have roaming waiters with iPads to take your order! And just as I GOT my tasting...a little spot at the bar opened up so I had a place to camp out!

So, I did a "flight" of 6 tastes at $2 each...certainly reasonable to get to taste several beers and pick a favorite! So my 6 were, Orange Diva, GloryHaze IPA, Tropical Dropout IPA, Breaking Blonde, Bingo Mango and Margarita. (The last three are seasonal beers) My top favorites were the Orange Diva and the Glory Haze....in fact I had a pint of the Orange Diva as I wondered around and got some photos and chatted with some soccer fans. (Go Atlanta United!)

I read somewhere that their beer would be available through Taco Mac's, But I can't confirm that!

I did an episode of The Thom Abbott Show about my visit and you can watch it down below!

Here is the Opening Announcement:

Suwanee, GA – StillFire Brewing, a community-oriented brewery in the heart of downtown Suwanee, is proud to announce that it will officially open its doors on Saturday, October 19th. The grand opening celebration will feature a selection of 18 original craft beers on tap, an outdoor stone patio where patrons can play games, enjoy live music, purchase food from local vendors, and much more!

The team officially announced their plans to open back in March, and the 20-barrel brewery and taproom has been under construction ever since. Beer lovers got a first taste of what StillFire will have to offer at Suwanee Beer Fest back in March, and as the tanks arrived and the hiring signs went up, the anticipation from the community only continued to grow.

The brewery will be dog-friendly both inside the taproom and on the outdoor patio. It will also feature a to-go window at both the front and side patio, allowing patrons to grab a beer and take advantage of Suwanee Town Center’s open container policy.

As far as beer goes, world-class Brewmaster, Phil Farrell, has been busy manning the tanks to make sure that patrons find their new favorite beer at StillFire. “We will have 18 taps total, with six holding our core beers year-round,” says Farrell. “But we are also all about pushing the boundaries and trying new things. We will have another six taps that rotate out fairly regularly depending on community feedback and six more that will feature other seasonal and experimental beers.”

To show appreciation for the many men and women who have served the community, StillFire is also dedicating their first beer ever brewed on the property to the building’s previous tenants, the firefighters of Gwinnett County Fire Station 13. Titled the “Fightin’ 13,” the Red IPA features a hint of caramel without being sweet, and 13 additions of Centennial hops for a pleasant resinous, pine hop character.

The grand opening weekend will kick off on Saturday, October 19th, with doors officially opening at 11:00 a.m. and closing at midnight. Taco Mac Suwanee will be in attendance to serve up delicious wings, tacos and more for purchase, while local artists are set to perform throughout the day. The festivities will continue into Sunday, October 20th, with Beto’s Tacos selling authentic Mexican street tacos, live music, and more starting at noon.