My first job after graduating from college with an undergraduate degree in business was with a large, multi-branch retail banking company. I joined their management training program and worked and learned in branches in Sunnyvale, San Jose, Palo Alto, and the San Francisco Main Office for two years. I was then assigned as a lending officer in Redwood City followed by stints in Burlingame, Almaden, Millbrae and San Francisco as I rose to Assistant Manager. Eventually, I was appointed Manager of the Fremont Branch in the San Francisco East Bay. I was delighted because I already owned a home with my wife and two daughters in the town next door. Short commute, new challenge, a chance to really become a part of the community…all good stuff. I worked there for the next fifteen years and earned the title of Vice President of the bank. Sounds impressive until you know that large branch banks had many Vice Presidents.

As a banker, I made loans including business, personal and mortgage loans. I sold bank products...both loan products and savings/investment products. I learned to make phone calls to sell bank products. I went out and knocked on doors to solicit business. The community was my "farm" although I did not know the significance of that term. I was and still am a member of the Chamber of Commerce including serving on committees, the board of directors and a term as president. I joined a local service organization. In other words, I learned to meet people and build my SOI although I did not know it at the time. The image is of the bank of the bank where I worked. No sign is shown to identify the bank because the name is irrelevant to the story.

In the mid-1990’s the banking world was turned on its head. Rising costs of funds for the banks, bad loans and other forces led to many banks falling on hard times and a survival of the fittest environment. Many banks were taken over by the FDIC which is the Federal agency that insures bank deposits. The FDIC then liquidated those banks or arranged to merge them with other, stronger banks.

At the same time, the Savings and Loan Industry was in deep trouble. That industry had concentrated on making long-term, fixed rate mortgages supported by savings deposits which were historically stable. They kept and serviced their loans. Mortgage securitization had not yet been invented. Interest rates on deposits and on borrowings from the Federal Government soared well above the income generated by fixed rate loans. The industry tried to earn itself out of trouble by making riskier loans and that strategy backfired . There was a Federal agency that insured their deposits also. It, the FSLIC, ran into financial problems, itself. The Resolution Trust Corporation (RTC) was created to try to sort out the problems.

The reasons are more complex than I have stated and evolved over several decades but the bottom line is that the S&L industry disappeared and so did many banks. Call them failures. Call them mergers. Call them acquisitions. They went the way of the dinosaurs.

Not all banks failed. Some prospered and grew. My bank was doing well. And yet, in 1996, the bank for which I worked was targeted for a hostile takeover by another bank. We lost!

A major part of what makes the take-over of one bank by another a financially good strategy is the ability of the prevailing bank to reduce expenses by cutting employees and closing bank branches while retaining most of the customers.

Once the takeover had been decided, there was a period of review by the prevailing bank as to which branches would be closed and who would be laid off. One of my bank clients who was a real estate broker suggested that, if I should get laid off, I ought to consider becoming a Realtor.

So…I got laid off. As a Vice-President with twenty-five years of service, I got a decent separation package. After a period of time in which I gave great consideration as to what to do about choosing my next job…find a new bank job…or…what, I called the broker, met with him and here I am twenty-three years later.

I know that my being laid off was the best thing that ever happened to me. Sure, I was happy with my job at the bank. I was also stale. I actually tendered my resignation at one point in order to move to another bank but was induced to stay by a promotion and salary increase. Yet, I wondered from time to time if there was not some other area in which I could apply my talent. Was I good for anything else?

The lay-off and subsequent career change provided my answer.

I am delighted to be here.

That was quite a career prior to real estate, but filled with great learning experiences and skill development that serve you well and contribute to your success in the real estate business. Sounds like there were no regrets about how it all turned out!

John, I enjoyed reading your story, and am especially happy that you're delighted with your career these last 23 years. When you talk about being happy with your previous job, but also stale, I get it.

Hey John Juarez what an impressive trail you had on your way to getting into real estate. Finance/real estate what a great fit! Plus you had the leadership and management systems down pat and had an extended SOI built in place.....now how does it get any better than that!  I haven't thought about the S & L thing for a long time. I was just in the biz and I remember my broker had a well known friend that his bank went under. We took over a bunch of properties to get sold and I learned a lot back then.  Thanks for sharing your story! I had no idea!!  It's so interesting to learn so much about every one!

Hi John - although I realize real estate sales was not the original desired step when you pursued banking, there's no doubt that previous career path helped your current role.  Making lemonade out of lemons too.

Interesting and invigorating story, yet after 25 years, making a career change to another industry takes a lot of courage and confidence. Indeed, it's leadership that drives success and it's always a pleasure to read about how other leaders began their journey of excellence.

Hi John... if I've learned anything in life it's that somehow things end up working out the way they were always intended to do and no doubt your banking career helped fuel your success as a real estate broker.

I loved reading your story! I'm glad you decided to attempt something different, and that years later you are happy with your decision. Great job!

It is not always bad to be forced to consider the future and find a new direction.

Sometimes the things we think are so horrible turn out to be some of the best catalysts of our lives. Life as you know it is over but there's a blessing around the corner. Glad it worked out for you!

Wonderful that you could take the lemons and make lemonaide! Congratulations on twenty-three years of helping clients achieve their real estate goals!

John, thank you for sharing the encouraging journey from laid off to REALTOR.

A great end to a sad situation.  I am sure your experience and knowledge helped you in your new role.  Sometimes we just don;t know what is good for us.  It takes your situation to become more determined to succeed. Congrats!

Cold, hunger, comfort and need all prompt us to do something about it. So be it

It takes some of us a while to find our true place. I found mine, and I'm glad you found yours!

I missed this great post, so with that said you have seen two downturns over the decades...have we learned anything? Endre

If we have learned anything, it is that there will always be change. We just don't know when and by what magnitude we will be affected, Endre Barath, Jr.

Endre Barath, Jr. I missed it too—but better late than never in this case and I will be back for sure! 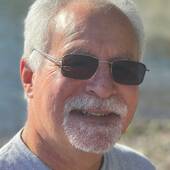