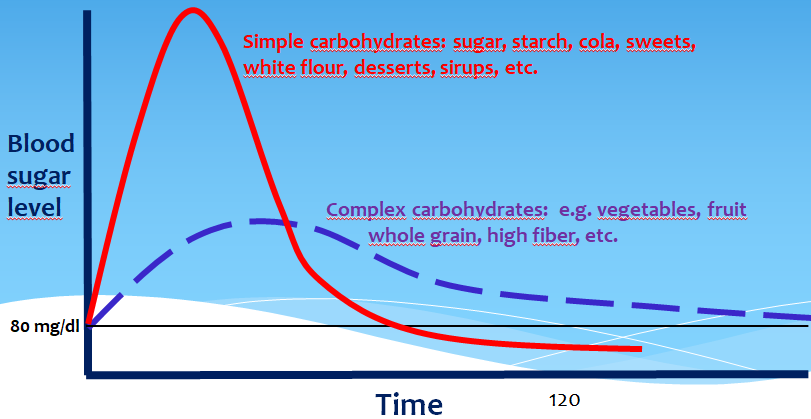 The Difference Between Good & Bad Carbs

Everyone needs to eat carbohydrates, but that doesn't mean you're free to load up on cakes and cookies to get your recommended daily servings. Learn about the carbs that belong on your plate and the carbs you want to skip.
Whole grains have more fiber and nutrients than processed grains.

Carbohydrates are an essential part of a healthy diet, yet it’s important to know that not all of them are created equal. So how do you tell the difference between “good carbs” and “bad carbs?" The answer is both simple — and complex.

Here’s everything you need to know about carbohydrates and making smart choices when it comes to incorporating them into your diet.

A Carbohydrate Can Be a Simple Carb or a Complex Carb

Carbohydrates, often referred to as just “carbs,” are your body's primary energy source, and are a crucial part of any well-balanced diet.

Simple carbohydrates are composed of easy-to-digest, basic sugars, which can be an important source of energy. Some of these sugars are naturally occurring, such as those in fruits and in milk, while refined or processed sugars are often added to candies, baked goods, and soda.

On nutrition labels, added sugars can go by several different names, including brown sugar, corn sweetener, corn syrup, fructose, glucose, maltose, malt syrup, trehalose, sucrose, and honey, among others. The FDA has mandated that by July 2018 all nutrition labels must clearly identify the amount of added sugars per serving in the product, directly beneath the total sugar count.

Complex carbohydrates, found in whole grains, legumes, and starchy vegetables, contain longer chains of sugar molecules, which usually take more time for the body to break down and use. This in turn provides you with a more consistent amount of energy, says Sandra Meyerowitz, MPH, RD, nutritionist and owner of Nutrition Works in Louisville, Kentucky.

The Details on Simple Carbohydrates

Simple carbohydrates aren’t necessarily all bad carbs — it depends on the food you’re getting them from. For instance, fruits and vegetables are excellent sources of essential vitamins and minerals necessary for good health, and they naturally contain simple carbohydrates composed of basic sugars.

Simple carbohydrates to limit in your diet include those found in:

Meyerowitz says that you can enjoy simple carbohydrates on occasion, you just don't want them to be your primary  sources of carbs.

Complex carbohydrates are considered "good" because of the longer series of sugars that they are made of, which the   body   takes longer to break down. That means you will get lower amounts of sugars released at a more consistent rate — instead of peaks and valleys — to keep you going throughout the day.

Foods with complex carbohydrates also typically have more vitamins, fiber, and minerals than foods containing more simple carbohydrates, as long as you’re choosing whole grains over processed ones. For example, whole grains, such as whole-wheat flour, quinoa, brown rice, barley, corn, and oats, among others, provide more nutrients than processed grains, such as white rice and breads, pasta, and baked goods made with white flour.

Nutrient-dense complex carbs that are part of a healthy, balanced diet include:

It’s important to scan ingredient labels for foods like breads and pastas, looking for whole grains and fewer sources of added sugar. "Read the box so you know what exactly you're getting. If the first ingredient is whole-wheat flour or whole-oat flour, it's likely going to be a complex carbohydrate,” Meyerowitz says.

When trying to figure out if a source of carbohydrates is good or bad, remember this: The higher in sugar it is, and the lower in fiber, vitamins, and minerals, the worse the food is for you.

Describing carbs as either simple or complex is one way to classify them, but nutritionists and dietitians now use another concept to guide people in making decisions about the carbs they choose to eat.

Knowing the GI for a specific food can help you understand how the carbs in that food will affect your blood sugar, but it’s important to point out that it doesn’t necessarily make a food unhealthy or healthy. Fruits like watermelon and cantaloupe both have a high GI even though both are healthy foods. You can look up a food's GI using the online international GI database.

A low GL is 10 or less; medium is 11 to 19; and 20 or greater is considered high. For example, a plain bagel has a GI of 72 and GL of 25, while whole-wheat bread has a GI of 69 and GL of 9. GL can also be used to compare the effect of carbohydrates on blood sugar in entire meals or snacks, whereas the GI for a food is only indicative of one food at a time.

Even if a food contains carbs that have a high glycemic index number, if the amount of carbohydrate is low then it won’t have as much of an impact. A good example is watermelon, which has a GI of 80 but a GL of only 5. It tastes sweet, but it’s mostly water.

The bottom line: Carbs are not bad for you. Carbohydrates — both simple and complex ones — are part of a healthy diet. Just be sensible about the carbs you choose. Skip low-nutrient desserts, consider the levels of sugar and fiber, and focus on healthy whole grains, fruits, and veggies to get the energy your body needs every day.

Great explanation, Kevin. I learned to read labels a long time ago and when you get into that habit, it's amazing how much sugar is in many things people consider healthy.

The "New" labels do a decent job of explaining what you're about to consume in both portion size and calorically. An improvement for sure Nina, although lobbyists still have their fingers in the till.

I did want to mention to readers that 4 grams = 1 tsp therefore when you see something like 52 grams of sugar that's 13 teaspoons of sugar in that serving. WOW!

I am saving this post and going to read in more detail when I have more time.  The most difficult part of my quest to be healthier is knowing what to eat and not eat.  I think I am making a healthy choice, then I run it by my mentor Barbara Todaro and she tells me it is poison, haha.

Barbara Todaro will steer you in the right direction Brian. Generally anything in a box or that's processed is not going to pass muster with her. There's virtually no nutritional value to be metabolized there.

Thanks Kevin! This is very helpful to someone who is trying to eat even healthier.