One of the reasons we chose to live in the Ozarks is the Patriotism that is on display 365 days a year.

To say that Veterans Day ( or rather Veterans Week) is a big deal, is an understatement.

Patriots Park was created at College of The Ozarks to honor veterans of ALL wars and conflicts.

One of the areas of the park is the Vietnam Veterans Memorial.

The memorial features two black granite walls which symbolizes the division of America on that war.

The statue is the middle represents the men and women from Missouri who served.

The "V shape" in the center of the state of Missouri, stands for VALOR for those who shed blood during the war.

My husband served in the Navy during the Vietnam timeframe.

He volunteered for the Navy, as he felt he had a better chance of survival than being drafted into the Army.

While we were taking photos, a group of men were viewing the wall and the statue.

We soon realized their Charlie Company Memorial group were in town for their Vietnam reunion.

The Charlie Company infantry fought in the northern part of South Vietnam.

My husband spoke with the men and we went on to lunch.

I noticed in his pocket a small plastic bag and I asked what it was.

He said that group of men gave him this token, from one Veteran to another. This is what the small card says,

" I am part  of our American Flag that has flown over the USA.

I can no longer fly. The sun and winds caused me to become tattered and torn.

Please carry me as a reminder that

YOU ARE NOT FORGOTTEN".

I remember the riots on college campuses.

I also remember these brave men and women who returned from the jungles of Vietnam, included were some of my own family.

I remember the news saying this was a war no one wanted and the U.S. body count per week.

Most of these men were drafted, although some volunteered.

They were called to duty as an American.

They came home to jeers, protesters, spit on and vilified for SERVING THEIR COUNTRY.

Yet, this group of men, for a  Charlie Company Memorial reunion were carrying a star from a worn flag in their pockets, close their heart.

Can you imagine how these Vietnam Vets feel when they see an NFL "star" kneel for the flag?

These Vets didn't take a knee, unless they were injured or mortally wounded.

I love living where Patriotism is celebrated and honors those who serve in any conflict.

College of the Ozarks is a private liberal arts college whose 5 goals for students to strive for are: Academic, Vocational, Christian, Patriotic and Cultural.

Hello Faye - your gratitude post speaks volumes about the thanks we owe to veterans that have served our country over time.  Nicely written.

Thanks! That little packet with the star was so touching to me and the symbolism of carry that close to their heart. Others who never were drafted or had to serve in a conflict have no idea what these men and women went through.

Never could understand, and still don't all those protesters.

Thank your husband for serving. Love the gift of the flag token from one Vet to another. Good entry for November's challenge.

Margaret, when I saw that packet with that star and the meaning of it, I just had to include that in this blog. To find out later it was the Charlie company, even added more meaning.

Oh my, that token from one Vet to another...how wonderful that is. Thank your husband from us for serving!

Faye, I wasn't aware of the Starsfortroops.org. That token of giving something from one Vet to another gave me goosebumps. My spouse was in the 101st Airborn Division in Vietnam and if he were alive today, I think he would cry. Your post touched me deeply with love for our Veterans.

Patricia, when I saw that in his pocket and read the card, it was very touching.

Hi Faye- what a wonderful post honoring all of our Veterans. My husband joined the Air Force in 1970 rather than be drafted. Since he already knew how to fly, he wanted to take his chances in the air and flew F-4s. Our good friend was in the Nine Days in May battle in Viet Nam in 1967 and has a really interesting story. We should honor all of these brave men and women.

Kathy, from what I"m hearing, these reunions held in Branson this past week are helping with healing those battle scars. After all these years, those wounds (mental) need healing.

Thank you very much for sharing this wonderful story.

Thanks to your husband for his service.

faye schubert - America needs never forget our Veterans. To honor them, respect them and appreciate them is what no one should ever forget. This memorial park you shared is really touching and moving. It must be protected at all cost. Tell your husband I said, thank you for his services. 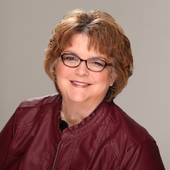 Just for Fun over 1 year ago
bookmark_borderbookmark
Geaux Tigers, What a Year It Has Been For LSU
View more Recent Posts   arrow_forwards