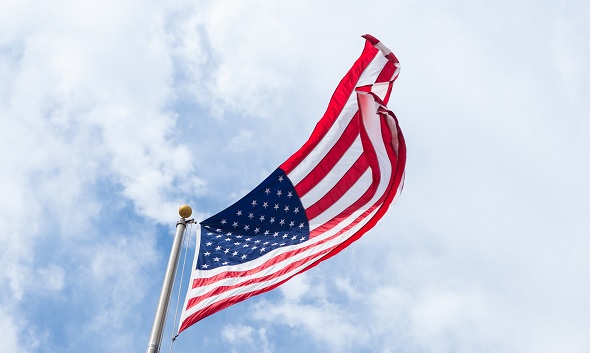 It takes a special person to give up an easy life, to leave family and friends for a cause greater than themselves. Yet over 1.3 million Americans have chosen to volunteer as active members of the U. S. Armed Forces. For many of them, the sacrifice that they make goes beyond just doing a job. It is a duty that they accept on behalf of the country.

Today is Veterans Day, a day that has been named to honor American veterans. Originally called Armistice Day, it was set aside to commemorate the end of World War I. In 1954 legislation was passed to include veterans of all wars. In 2001 a resolution was passed to make Nov. 11 through Nov. 17, 2001, "National Veterans Awareness Week."

Later this month the U.S. will celebrate Thanksgiving Day. For most of us, it is a holiday where we meet with friends and family to remember the day our founding fathers used to give thanks for an abundant harvest. But there are many that may not have a chance to celebrate. Many Americans will be busy doing their duty keeping those of us giving thanks from harm’s way. Almost every American family has or has had someone that has made the sacrifice on our behalf. My father served in India in World War 2. His action helped turn the tide against the Japanese.

So in addition to giving thanks for the food on our tables or our time away from work. Why not extend our thanks by making "National Veterans Awareness Week” a part of our Thanksgiving?

This can be a great chance to thank a veteran for their sacrifice. Take a few minutes to volunteer to help others. Or simply say a prayer for those that go beyond the call of duty.

Good morning Joseph. I like your line of thinking on this one! Action needed! Enjoy your day!

In today's world, I understand only 1% of Americans serve in the military.  It is important that we be grateful for those who have, and do.

Hi Joseph - being grateful and thankful to our veterans and active duty soldiers along with Thanksgiving Day is a fabulous idea! Take action.....

Joseph, this is one of the most important days to give thanks. Without the freedom we enjoy today, it would be a very bleak and sorry world.

Hello Joseph - as others have commented, I like your the thoughts you expressed in this post.  The concept of thanksgiving is a true "action" word.

What a better world this would be if everyone made Thanksgiving more than just one day.