Like:
Home > Blogs > Sheri Sperry - MCNE® > Sedona Property Solutions from A to Z 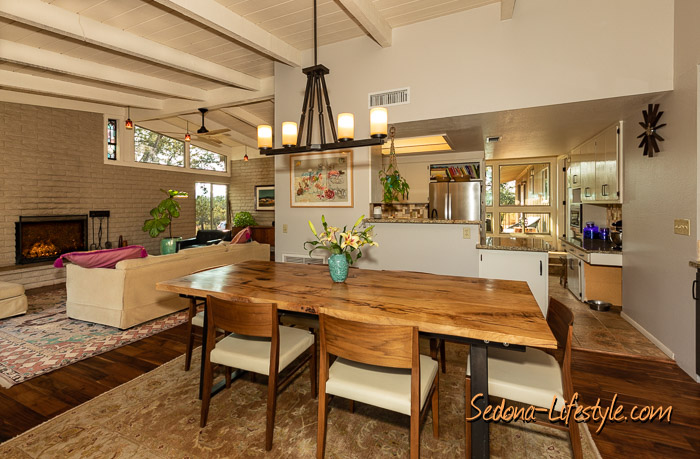 Make Lemonade Out Of Lemons A funny thing happened to me on the way to my well-planned open house. I planned my Kaibab listing to coincide with the REALTOR® Tour for West Sedona. I wanted to make a huge splash. So I got up on Wednesday at 2 am to slam it into the MLS so that I would make the deadline for homes on the tour on Thursday. We have until noon the day before to get our homes on-line for the tour. We have 4 tour sections, so each tour is once every 4 weeks.

Where Is My Phone?

I knew I would be busy that Wednesday morning with the Sedona Luxury Real Estate Professionals meeting, so I did not want to take any chances.  What I didn't count on was leaving my phone at home. YIKES!  My husband had to call another member to have them tell me. My phone was blowing up with calls about the listing. When I got home, I had 15 calls waiting in the queue. This doesn't count the "stalkers" at the property!

You Can See It Tomorrow On Tour

I had some buyers who just could not wait until the tour to see the property. They were begging me to see it. For example, one buyer (an agent from another state) has lost out on other properties.

I had set up a seller pre-inspection on Wednesday and got a call from my inspector that there were buyers standing on the driveway wanting to see the house! Long story short, I set up some appointments later on Wednesday. It turns out that it was a good thing. As it turns out, I multiple offers on the first day!

You Got To Be Kidding!

The last two agents in the house on Wednesday said they could smell gas.  I called the gas company to check it out. There was no hint of gas earlier in the day. When I got to the listing on the day of the open house, I saw the red tag. WHAT!  I have agents and buyers coming in a half-hour. You have got to be kidding! This can't be happening! I jumped into action and took the listing temporarily off the market.

Above All, I Remained Calm...

I called my office, told them what happened. Then I got in my car and started picking up the 6 open house signs. After that, I came back to the driveway and blocked it, so no one could get up to the house. There was six gas company personnel working on this from 7 PM on Wednesday evening. The pipe to the BBQ corroded and trapped gas under the flagstone patio. It had to be pumped out and capped.

35 Kaibab Is Back On The Market

I then called the agents who had submitted offers to let them know what happened. No offers were rescinded. The agents appreciated the call. Kaibab is back on market today, I am in the process of re-scheduling those who were canceled on Wednesday who still need to see the house. I have told all agents that offers must be submitted by 5 pm on Saturday. I also told agents not to come by without their buyers.  We will not accept any offer where the buyer has not seen the property.

The bottom line, my sellers have seen me in action and are impressed with the way I have been able to move forward after this issue.

With Kaibab unable to be shown on Thursday, I was able to move up a photoshoot for another listing that will be coming on the market soon. So the day was not lost and I was able to make lemonade from lemons.

I am also very thankful that this situation played out the way it did.  Though there were no fumes leaking into the home, the gas company pumped out the gas fumes under the patio from 7 pm Wednesday evening straight through noon Thursday! They would not allow anyone on the property until they were sure it was safe. I don't even care to think of what could have happened.  The pipe has been capped and all is good!

Whew quite a story!  So glad the gas smell was reported . You should have included a photo of the listing!  It all worked out thanks to your quick reaction

The smell of gas can be a very serious problem for any homeowner. But seems you kept your cool and controlled the situation making sure everyone was safe, sound and collected. Great story!  Happy Buyer and Sellers and you even got the next listing photo shot early!  You go girl!

My husband and I continue to talk about what could have been....YIKES!

Thanks so much Carla Freund.

So true. Sometimes things just don't go as expected. The entire sale has been that way from a gas leak to 8 offers over ask, to angry buyers who still want to see the property. I still don't have all the paperwork done!

Hi Will Hamm - Thank you - My instincts just kick in and I also utilize my time as efficiently as possible. I really think it is a "mom" thing.  Lots of little disasters raising two boys.

Thank you.  I already had 4 offers when the incident happened. I was worried we were going to lose those offers. After I handled the issue while blocking the driveway, I was making phone calls to the parties that had made the offers explaining the entire issue. Not one wanted to rescind. There is a certain energy that I can't explain as you step onto this property. It baffles me.

Hi Gail Carman - Welcome to ActiveRain!  The only word I can think of to describe this property is magical.

Hi Kimo Jarrett -  Happy Endings make it all worthwhile. This is one listing I will not forget. The property, the sellers, and their beautiful dogs will all be part of that memory.

Hi Dinah Stallworth-Lewis - So true!  We never know what to expect. I don't anticipate any hiccups.  We did a pre-inspection and the buyers only had a 3 day inspection period. They wanted this property badly.

Actually, we already had done a pre-inspection that day. This happened after the inspection was completed. Two agents noticed a smell on the patio at about 5 PM.  I jumped into action as soon as I got the call. Thank you.  Even though my territory can take me an hour away, both of these homes were in Sedona proper.  I am no further than 7 minutes in either direction. I can react quickly for my sellers.

Good grief, that is quite the story. I'm so happy all ended well. You sure knew exactly what to do. D

Never a dull day in real estate!    Glad it all got resolved BEFORE the sale, no one got hurt, and you still managed to keep the offers AND get other things done!

Wow, that is some story. You just never know what life in this business can bring! I'm glad that it all worked out and nothing more serious happened.

Great story, Sheri and as you said, you made lemonade out of lemons...and still managed a bidding war on a house that wasn't quite ready to host an open house!!

Seriously, I had no doubt you would handle this with finesse and class - and you did. Cooler heads prevailed and all is well. I wonder how many agents would have taken the sign down and totally ignored it? I'm just thankful no one was injured and the gas issue is resolved...and the cap even installed already! You are totally my kind of agent!!

That sounds stressful! I am glad it worked out in the end.