Golden Gate Sotheby's International Realty was a proud sponsor for this year's Napa Valley Film Festival held last November 13 - 17, 2019. It was so amazing to be part of this year's events and I had the ultimate film, food, and wine experience.

What made the event even more special was that there was a Celebrity Tribute Night held on Nov 14th and they had VIP Actors as special guests -- Kevin Bacon, Venessa Hudgens and Olivia Wilde. There was also a special event by MTV and showed us a teaser of their upcoming MTV documentary, which I highly recommend for you to watch especially if you grew up in the 80's! Enjoyed the afterhours with live music from multiple rooms! It was such an amazing event, and met lots of people! I am looking forward to next year's Festival and hope you can come and join too! 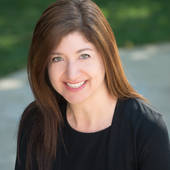