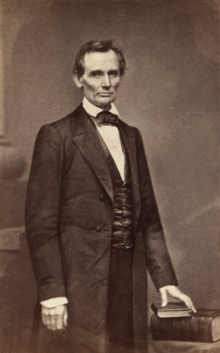 “Rosa Parks, Dr. Pepper and Abraham Lincoln all have what in common?” All three share an important anniversary on December 1st.

Curious to know more about Dr. Pepper, Rosa Parks and Abraham Lincoln? Read on to find out about these and other interesting tales that happened in history on December 1st.

1824 – Since no U.S. presidential candidate received a majority of the total electoral college votes in the election, the United States House of Representatives is given the task of deciding the winner in accordance with the Twelfth Amendment to the United States Constitution. That winner is John Quincy Adams.

1862 – In his State of the Union Address President Abraham Lincoln reaffirms the necessity of ending slavery as ordered ten weeks earlier in the Emancipation Proclamation.

1885 – The first serving of the soft drink Dr Pepper at a drug store in Waco, Texas.

1955 – In Montgomery, Alabama, seamstress Rosa Parks refuses to give up her bus seat to a white man and is arrested for violating the city's racial segregation laws, an incident which leads to the Montgomery Bus Boycott.

1969 – Vietnam War: The first draft lottery in the United States is held since World War II.

1990 – The Channel Tunnel uniting the United Kingdom and France meet 40 meters beneath the seabed.

While these interesting facts about Rosa Parks, Dr. Pepper and Abraham Lincoln on December 1st have nothing to do with my real estate business selling Silicon Valley homes to families in San Jose, Cupertino and Saratoga in Santa Clara County, Calif., they add fun and entertainment to life.

Great post, Michelle!  You drew me in with curiosity!  ...and yes - we need to have fun. It is not always about real estate.

Hello Michelle - life is more than one topic.  I like learning new facts and being reminded of those I already knew but didn't realize the connection.

Thank you for reading and glad to hear you enjoyed learning some new facts.

I agree. Thank you for reading and glad to remind you of facts you knew.

I love your titles Michelle. They pique my curiosity and make me want to know more. Enjoyed the trivia.