Code of Honor (2019) is a Tom Clancy novel featuring Jack Ryan by The New York Times bestselling American author and retired U.S. Marshal Marc Cameron.  This is another good book for your reading list. Click on the links to learn more about the author and his books. 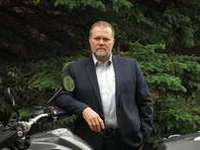 A native of Texas, Marc Cameron is a retired Chief Deputy US Marshal who spent nearly thirty years in law enforcement. His assignments have taken him from rural Alaska to Manhattan, from Canada to Mexico and points in between. A second degree black belt in jujitsu, he often teaches defensive tactics to other law enforcement agencies and civilian groups. Cameron lives in Alaska with his wife and BMW motorcycle.

Goodreads Review of Code of Honor

As President of the United States, Jack Ryan has faced many challenges, but none have been as personal as this and never has he been this helpless in the face of evil in the latest entry in Tom Clancy's #1 New York Times bestselling series.

Father Pat West, S.J. was a buddy of the young Jack Ryan when they were both undergraduates at Loyola University. Father West left a comfortable job in the philosophy department at Georgetown to work with the poor in Indonesia. Now he's been arrested and accused of blasphemy against Islam.

President Ryan is desperate to rescue his old friend, but he can't move officially against the Indonesians. Instead he relies on the Campus team to find out who is framing the priest.

There's one other twist to the story. President Ryan discovers a voicemail on his private cell phone from the priest warning about a coming attack against America... 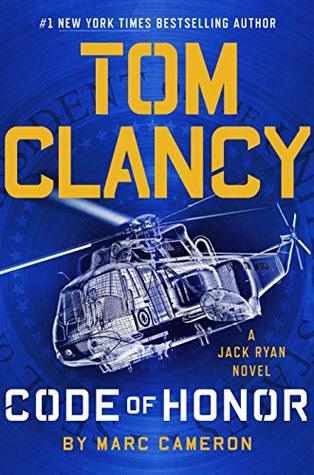 I love a good tom clancy book. He is always exciting and has such great character development

Good morning Roy. Attempting to read Tom Clancy's "For Honor" but my grandson has other ideas. This could be a long project. Enjoy your day!

Good morning, Roy... my husband is a big fan of Tom Clancy and I enjoy his books as well when I get my hands on one. This sounds like a great story.

In a mixing bowl, beat both sugars and oil until very well-blended. Add the eggs one at a time, beating well after each addition. Sift together flour, baking soda, cinnamon, nutmeg and salt and gradually add to the sugar and eggs, mixing just until well-blended. Stir in the apples, pecans and vanilla, and pour into pan.

Bake for 1 to 1 1/4 hours (begin to check after 50 minutes), until a toothpick inserted in the center of the cake comes out clean. Remove from oven and allow to cool in the pan while preparing the glaze.

To make the glaze: In a saucepan, melt the butter. Add both sugars and salt. Stir until blended and cook over medium-low heat for 2 minutes. Stir in cream and boil for 2 minutes, stirring constantly. Remove from heat.

With a skewer or toothpick, poke holes all over the top of the cake. Pour the glaze over the surface. Serve immediately.

Moist and succulent, this addictive apple cake, equally good warm or at room temperature, was shared by Chef Scott Peacock.

We used Ceylon brand cinnamon in this recipe.

WOW, Roy Kelley, this post, comments, and responses is filled with a wealth of information.  I am glad I did not miss it, Roy. Have a great day!  Love, love, love the flower.  And Clancy is quite a novelist.

What a great book you shared with us, and I am going on a trip soon, so I am adding this to our list. A

Code of Honor sounds like another great read for Tom Clancy fans out there, Roy!

Hi Roy- the Tom Clancy/Jack Ryan novels are a favorite of mine starting with The Hunt For Red October!!! And I am going to try that recipe.

Hi Roy,  Thanks for the book recommendation.  My wife is a Tom Clancy fan - I am sure she will read this one before I get a chance to.  The recipe looks great too.

Roy, you have been busy reading this week, and another book that sounds good.

Thank you very much for your feedback. It is always good to hear from you.