I was fortunate enough to receive this from a friend via email.  I found it quite interesting.  You may have seen this before, but it is worth looking at again.

This is my first post to the group.  I am glad to be here.   By the way, has anyone else had issues accessing AR over the past few days?

The author is unknown.

No need to travel to Washington D.C.
Whitehouse, Texas 75791

We even have a city named after our planet!
Earth, Texas 79031

And a city named after our State!
Texas City, Texas 77590

And last but not least, the Anti-Al Gore City
Kilgore, Texas 75662

Here are some little known, very interesting facts about Texas
1. Beaumont to El Paso: 742 miles
2. Beaumont to Chicago: 770 miles
3. El Paso is closer to California than to Dallas
4. World's first rodeo was in Pecos, July 4, 1883
5. The Flagship Hotel in Galveston is the only hotel in North America built over water
6. The Heisman Trophy was named after John William Heisman who was the first full-time coach at Rice University in Houston
7. Brazoria County has more species of birds than any other area in North America
8. Aransas Wildlife Refuge is the winter home of North America's only remaining flock of whooping cranes
9. Jalapeno jelly originated in Lake Jackson in 1978
10. The worst natural disaster in U.S. history was in 1900, caused by a hurricane, in which over 8,000 lives were lost on Galveston Island
11. The first word spoken from the moon, July 20, 1969, was "Houston"
12. King Ranch in South Texas is larger than Rhode Island
13. Tropical Storm Claudette brought a U.S. rainfall record of 43" in 24 hours in and around Alvin in July of 1979
14. Texas is the only state to enter the U.S. by TREATY, (known as the Constitution of 1845 by the Republic of Texas to enter the Union) instead of by annexation. This allows the Texas Flag to fly at the same height as the U.S. Flag, and may divide into 5 states.
15. A Live Oak tree near Fulton is estimated to be 1500 years old
16. Caddo Lake is the only natural lake in the state
17. Dr Pepper was invented in Waco in 1885. There is no period in Dr Pepper
18. Texas has had six capital cities: Washington-on-the Brazos, Harrisburg, Galveston, Velasco, West Columbia and Austin
19. The Capitol Dome in Austin is the only dome in the U.S. which is taller than the Capitol Building in Washington DC (by 7 feet)
20. The name ' Texas ' comes from the Hasini Indian word 'tejas' meaning friends. Tejas is not Spanish for Texas
21. The State Mascot is the Armadillo (an interesting bit of trivia about the armadillo is they always have four babies. They have one egg, which splits into four, and they either have four males or four females.).
22. The first domed stadium in the U.S. was the Astrodome in Houston.

Cowboy's Ten Commandments posted on the wall at Cross Trails Church in Fairlie, Texas:
(1) Just one God
(2) Honor yer Ma & Pa
(3) No telling tales or gossipin'
(4) Git yourself to Sunday meeting
(5) Put nothin' before God
(6) No foolin' around with another fellow's gal
(7) No killin'
(8) Watch yer mouth
(9) Don't take what ain't yers
(10) Don't be hankerin' for yer buddy's stuff

Hi, Monica!  That was a fun walk through Texas!  I actually have family in Kermit!  A few years ago, Kermit the Frog came to town and it was a big deal.  LOL

P.S.  I've had problems accessing AR the past few days and today none of the members' photos are showing up.

Thanks for the interesting facts about Texas.

I've had problems logging into AR in the past week.  No problems today so far.

Hello Monica,  I love this post and Foxworthyy was right on and I did know each on of his Texas tails. There are a number of towns that could be added to each list, even Buck Naked in Parker County.

Come join the Texas Birthday Club so we can celebrate your big day when it rolls aroud. Ummm I wonder if there is a Rolls, Texas.

Hi Monica....  You should have titled this post "Everything you ebver wanted to know about Texas but didn't know that you wanted to know!"  Great information and fun too!  Thanks for sharing it! 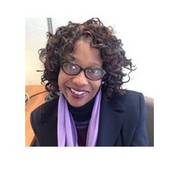