A couple of weeks ago I got a call from the town of Henrietta assessor's office. They asked me about a former listing that I had that was assessed at $145,200 but sold after 18 months on the market for $115,000.

"The house didn't appear to be distressed. In fact, looking at the old listing it looked quite nice. Were we that wrong," the assessor asked?

The assessor was quite distraught! The owners had never called to question the assessment. When I shared with her the flaws of the property, she agreed that it should have been assessed for less.

This is a sad story. The sellers lost a lot of money on this property. I spent hundreds of dollars advertising the property, conducted 7 open houses and more than 30 showings. The sellers was frustrated and angry at me for not selling it and listed it with another agent. It still took several months and numerous price drops to get the job done. I guess the only winner is the new buyer that got a heck of a deal on an 1800 sq foot ranch.

The moral of the story is it is okay to protest your assessment. And if you are going to put your house on the market, price it right in the very beginning.

The right price is the key, but it is unfortunate that so many take assessed value as market value, in most areas a town (especially a small town) will only hire an assessor when they are required by law to re-evaluate the town (say every 10 yrs) well as you know a lot can happen in ten years. Steve

Mary, not just Henrietta. Every January our phone starts ringing from distraught homeowners who believe they are over assessed. After we appraise their homes we find an overwhelming number ARE  over assessed. Home assessments appear to be increasing faster than home values.

Your "moral of the story" is right on target ! 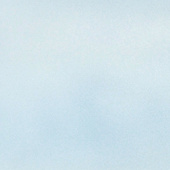