Home > Blogs > Jerry Hill > Jerry's Blog
bookmark_border
John and Marge Smith just bought a new country home, just outside the city limits. After about of week of unpacking and re-storing the household to normal, John decided to crank up the old lawnmower and tackle the young “hayfield” that had started growing in the back yard. After about 30 minutes of mowing, John came running into the kitchen, all excited and out of breath, “Marge, Marge, we’re rich, we’re rich. Marge, thinking John had maybe gotten a little too much sun or had started on the “Bud Lites” a little bit early, asked John, “what in the world are you talking about?” We’ve got oil bubbling up in the back yard, we’re rich! You know, Black Gold, Texas T! Well, unfortunately that bubbling crude was not “Black Gold or Texas T”, it was sewage from the Smiths septic system. The Smiths had been “city dwellers” all of their lives and really didn’t understand anything about septic systems. The Smiths didn’t think that it was a big deal because they had been told that people who live in the country have septic systems instead of public sewer. What the heck, you flush the toilet the same way. This was the first of many lessons the Smiths will learn over the course of dealing with this problem. What should John and Marge have done to prevent this from happening. John and Marge used the same Realtor that had sold them their house in the city and used the same home inspector that had given them a very thorough inspection and comprehensive report on the previous home they purchased. John and Marge made a very common mistake, they “assumed”. They assumed that houses were houses, no matter where they were located. They also assumed all home inspectors had the same level of knowledge and expertise. Generally this is true, but rural property is a little different. John & Marge should have asked their Realtor if they were accustomed to selling property in rural areas. They should have also asked their home inspector, “How do you check the septic system to see if it is working properly?” They assumed a standard home inspection would reveal any and all problems. As with most standard home inspections, you will note somewhere on that inspection report there are certain items that cannot be inspected because of not being accessible. Wiring, plumbing, ductwork, sewer lines, septic systems are examples of things that cannot be inspected because they cannot be accessed by the inspector. If you can’t see it, you can’t inspect it. Since a septic system is buried in the ground there is really no effective way to inspect a septic system to see if it is going to function properly. Unless there are some noticeable signs of a problem, then you must assume that every thing is working properly. This is no fault of the inspector, it’s just reality. If you are considering purchasing a country home or a building lot in a rural area, your best assurance is to hire a REALTOR that not only can sell rural property but understands rural property. With a knowledgeable Reator you can avoid getting stuck with an existing problem like John and Marge or avoid getting stuck with a lot that you cannot build your dream home.
Like favorite_border
favorite_border 0
repeat 0
bookmark_border

Hey, Jerry. Great point, I am sure many have not thought of that before. All my best, Jim.

I guess what I would want to know is what would this rural agent have done differently other than make the buyer aware that the property is serviced by a septic tank. In our region in Hampton Roads, our contracts address this issue. The seller is required to disclose whether the property is serviced by city water or septic and if there is indeed a septic then the seller has to provide an inspection letter from a local Septic company. I do agree that the inspection appears to be limited to poking the drain field with metal rod and looking for seepage. I would be interested in knowing any suggestions anyone may have in regards to protecting a buyer from septic issues.

Then you get into the whole issue of what home warranty's do and do not cover.

One of the first rules of hiring a home inspector is asking about his/ her experience doing inspections. The second question should be how may have you done in this area/neighborhood. There are more questions but experience and knowledge of the area can help address issue found in the inspection. In our area all septic system must be inspected by a certified septic company at which time they are typically pumped. Anyone who says they can walk the drain field and determine the overall condition of the system is a fool imho. Drain fields are way too expensive to replace if you get it wrong and one thing I have found in my career is that if the toilets don't flush that is a BIG PROBLEM. Buyers may tolerate a small water leak but if the brown stuff don't go down.....

Client also need to understand the limitations of a visual home inspection. I always brief my client that I don't have xray glasses and my real objective is to look for major issues, I am not really interested in chipped paint or a carpet stain. We are not doing an engineering study. I had a client call me post inspection and asked me why I didn't report that the foundation settled 4" inches front to back. I told him that there were no foundation cracks and the foundation appeared to be performing properly. He thought 4" was excessive and I said that the foundation may have been poured that way or settle shortly afterwards. The house is now 16 years old. I advised him to get an engineer if he wanted to be absolutely sure of what was going on. The client's realtor later told me that a soils engineer and a PE looked at the house but really couldn't  tell him how the house would perform in the future. He passed and lost his earnest money.... 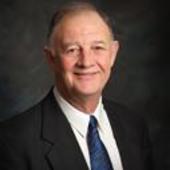 A blog that talks about real estate issues and I share my experiences in my real estate practice.