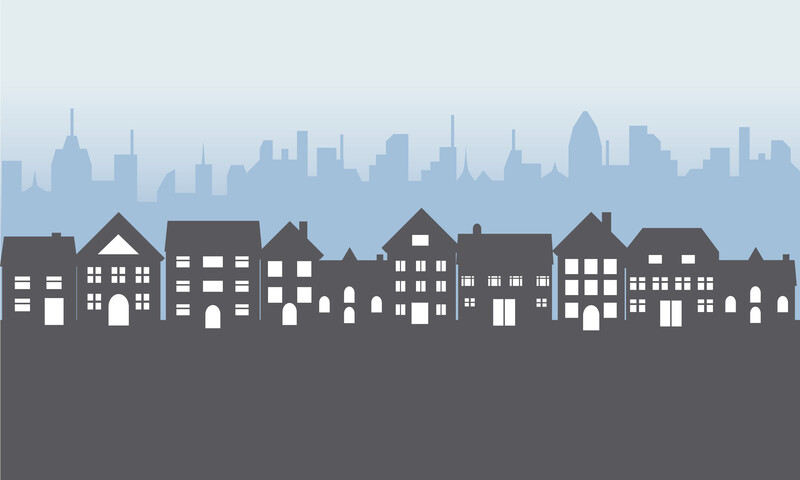 Is This A Good Neighborhood?

Is This A Good Neighborhood?  A bit of background:  when I was a child we received two newspapers daily.  In the morning.  Then again in the afternoon.  Different opinions and points of view.  Over time I learned about those differences.

I also remember "reading" the weekly issue of Pennysaver(a free printed collection of advertisements and such in a periodical format) that was delivered by mail each week to our suburban Orange County home.  It definitely gave a hyper-local perspective that was unlike anything else in those simpler times.  Not exactly "newsy" but it definitely gave an impression of what was happening in the area larger than our neighborhood but smaller than our city.

As an adult and on my own, that twice a day newspaper delivery became once a day and then much later reduced to zero.  I didn't think I would ever see those days come to an end but change is definitely part of life.

The other day I picked up a copy of one of the free local papers to see what was "going on".  A front page story told of a recent incident of an older gentleman in the neighborhood.  They named him and some details of the occurrence. Fortunately, he survived but it made me think.  How often have I been asked over the years:  Is this a good neighborhood?  Like you, it may be countless times.

Sure, there are  answers.  It seems to be spoken in a certain language but it is for a valid and a good reason.  "Good" is subjective.  Even the word "incident" carries connotations.    Sources are cited.  Talking to neighbors may be suggested.  Driving through the area at different times of the the day too.  Things like that.  This recent "event" had me thinking...

Is This A Good Neighborhood?

James Dray - and in some cities, the competition was more intense.

Michael, doesn't it seem like we live in two different worlds now? One world sees everything in blue and the other in red. I often wonder how people can see the same info and come up with two completely opposing set of "facts." Will this ever change?

Michael, with doing relocation, there are many times I get this question, and of course, it is the buyer's responsibility to determine that!

Joan Cox - with so much information coming their way, it's understandable how relocating clients can be confused and overwhelmed.  Totally understandable.  Pointing them in a direction where answers are provided is wise.

Every neighborhood has its good and bad qualities and what would be a good neighborhood for one person might not be for the next.

Jane Peters - and each person will have their own opinion/definition.

So much has changed over the years Michael Jacobs  .    I miss  getting the paper sometimes!

Many things are relative to the buyers' perspective - so I too give them my perspective plus the same advice to definitely research these kinds of questions for themselves.

My own neighborhood has changed dramatically in the last 10 years I've lived here - and for the better - 2 shacks were torn down and rebuilt, (1 more in process and 2 more to go), and all of the questionable characters have moved out.

M.C. Dwyer - it's good to see positive changes occur in neighborhoods over the years.  It is a sign of hope.

A good question. One that all home buyers may or should ask. The answer, however...not always reliable. You just never know. Incidents happen in all neighborhoods.

Sharon Tara - so true.  What is important to one may not be as important to another.  Personal "research" should be a part of the "investigation" along with factors/sources.

It's a question often asked by buyers scouting out places to live, and one that no doubt means many different things to different people...those that live there and those that do not.

I can't even remember when we last had a paper delivered, but I do pick up our local, weekly Coast News (free) to read about the happenings in Carlsbad and nearby.

Oh I get this question quite often, especially from out of towners!  Same thing re: " I want a good school district"  Must be very careful as to how to answer those questions and yes, I use that term subjective as well!

Mary Hutchison, SRES, ABR - both are quite subjective.  To say the least.  My opinion?  Some well-regarded source? Someone else?

I believe there is always "good" in any neighborhood, unfortunately many times the "good" can't be seen or recognized. When a prospect raises issues or concerns that could be discriminating, I always answer in the third person. Essentially, deferring to what other people have said concerning their questions, issues or concerns. Many other agents defer and direct their prospects to Google to research the neighborhood.

My favorite answer to that question is, "Good question;  ask the neighbors!"

Michael - somehow I missed this one. Your post had me going down memory lane. The neighborhood I grew up in is unrecognizable. We had a paper stand on the corner and that guy who sold newspapers was as popular as anyone of the main characters on the sitcom Cheers! My parents bought two papers daily too.

Here in Flower Mound I see the local/free newspapers laying on the ends of people's driveways untouched. It's as if they are diseased and nobody wants to touch them anymore. I pick them up and wonder if anyone gets paid for the stories they write? My neighors are addicted to their own Community Neighborhood facebook edition. I don't bother to read it because it's filled with more rants than raves. In business, we  aren't allowed to form an opinion about the neighborhoods anymore. It's against the rules. Yup! lots of changes.

Kimo Jarrett - it's an issue that needs to be addressed while following any rules that may be applicable.

Jan Green - that's a third party that often can be seen while out and about when prospective buyers tour a neighborhood.

Ponder this: an 11-year-old delivering newspapers to Americans living in Izmir, Turkey 1968.

I once bought a subscription to the New York Times.  It weighed about 5 lbs and took three hours to go through.  They started piling up and I finally had to cancel.  "all the news that's fit to print" must have been the oeuvre of those days.

John Henry, Florida Architect - the "weight" of newspapers has certainly changed in recent years.  In many ways.