Lets talk about a great opportunity

93 Moriches Avenue, East Moriches presents a stellar opportunity a secluded road leads you to the entrance of this 2,800 square foot Postmodern with 3 bedrooms and 3.5 baths. The existing custom built waterfront home has 3 fireplaces, a butler's pantry with bar and a separate mudroom entrance. The home was built to hurricane standards. This year round or seasonal retreat is complete with a three season sunroom. A large Kitchen, a dumbwaiter, an oversized living room formal dining and a solarium.

Buying a home in East Moriches

East Morichesis a highly sought after are. Just outside of the well known Hamptons this community offers beautiful waterfront properties. Known for its protected coves, residents enjoy all sorts of water sports. The Moriches Bay is great for fishing, boating and easy acess to beautiful Beaches. Average home Prices run between $400k-$600k inland and $800k-$2Mill for Waterfront.

Search for homes in East Moriches

Get to know East Moriches

East Moriches, which takes its name from an early Native American landowner, is a 5.6-square-mile hamlet in the town of Brookhaven. Sandwiched between Center Moriches and Eastport, East Moriches is bounded by Bernstein Boulevard to the west, Sunrise Highway/Route 27 to the north, Little Seatuck Creek to the east, and Moriches Bay to the south. East Moriches contains several peninsular landmasses; centrally located on the south coast is Atlantic Avenue, which unwinds straight down the verdant central peninsula, passing Atlantic Avenue Park before terminating at a marina. (An earlier turnoff for Eastview Avenue turns into a meandering route to a U.S. Coast Guard Station farther south on the peninsula.) Of course, the most sought-after homes and lots are on the water — Tuthill Cove and the wider Hart Cove — and prime waterfront residential lots with dock permits are being developed off Atlantic Avenue.

Good morning, Letticia Lettieri wishing you well with the marketing of your listing..... I hope it sells soon for you.... 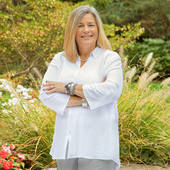