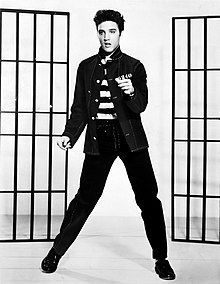 One of the things I enjoy most about living in Silicon Valley, Calif. is the freedom to be weird and explore a variety of interests. I enjoy learning new facts and odd pieces of history.

Sometimes I come across intriguing facts while reading the local San Jose Mercury News, Mental Floss or  Smithsonian Magazine. Other times I find stories or tidbits online at The History Place, Brainy History or National Geographic Society. Today’s collection of facts was found at The People History.

While these interesting items are intriguing, they have nothing to do with selling homes in Silicon Valley: instead, they add fun and fascination to life. Here are today’s 5 curious facts from December 20th. I hope you find them interesting, too.

1957
December 20th, 1957: It was a sad day for women all over the world when Elvis Presley received his draft notice to report to the United States Army on December 20th.

2011
20th December, 2011: The Charities Aid Foundation rated the United States as the world's most charitable country in 2011, up from fifth place in 2010. Runners-up included The Irish Republic, Australia, New Zealand, and the United Kingdom. The CAF stated that in 2011 people were more likely to donate charitable acts than money due to the global economic crisis.

Please subscribe to my blog at www.activerain.com/results for more fun facts on history, real estate, home and life. Images courtesy of www.wikipedia.org.

Thank you for reading "5 Unique News Facts from December 20".

Hi Michelle,  thanks for sharing this post of the interesting things that happened on Dec. 20, throughout history.

I have tow more to read that you posted today.  It's going to be a good day