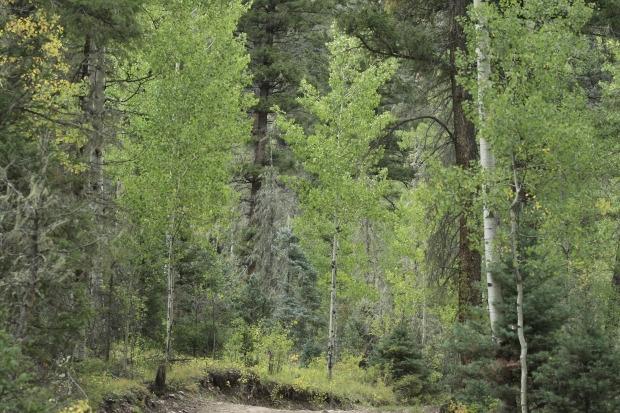 Do I need to have a Clear Cut on my property? It Depends...

I often hear this from clients in the MFL program...

“I have been told that I will need to have a Clear Cut on my property, is there an alternative way to manage my forest?”

If your goals for your forest involve keeping the above species then a clear cut may be your best option in many situations.

If your goals involve most species of Wildlife, then a clear cut may be your best option as well since the quantity and quality of wildlife food expands exponentially with the new growth that follows a clearcut.

There are alternatives to having a clearcut on your property…

You could perform a smaller less noticeable version of a clear cut known as a shelter wood thinning. A shelter wood involves small patches of cuttings conducted in two to three cutting cycles spread over a ten to fifteen year period. And will often look like camouflage or stripes when viewed from an aerial photo.

You could convert your forest to a more shade tolerant forest type such as White Pine, Maple, Yellow Birch, Hemlock, Basswood, Northern Hardwoods and Central Hardwoods.  These specie groups are generally less profitable and less desirable to most wildlife species but they are much more aesthetic in the long term since they can be managed via thinnings rather than via creation of forest openings like the more sun loving specie groups.

So in the end whether you will need a Clear Cut will largely depend on what your goals are for aesthetics, wildlife, and income.

Never was any good on identifying trees.  The only real tree that I can identify is a pine tree.  Otherwise I'm clueless.

Hi Bob - so many questions in life can be answered with "it depends" based on a particular need or desire.  That is definitely true for forest land management as your expert advice tells us.

Good morning Bob Crane - you are the one to call.  If I have forest land I would not have a clue.

Bob, since we don't have that many trees in all of Denver, would have no idea.  Sure would love to have more trees!

All news to me. I'm not at all informed regarding forests. This is very informative!

Land owners will be in very good hands when they seek your professional advice.