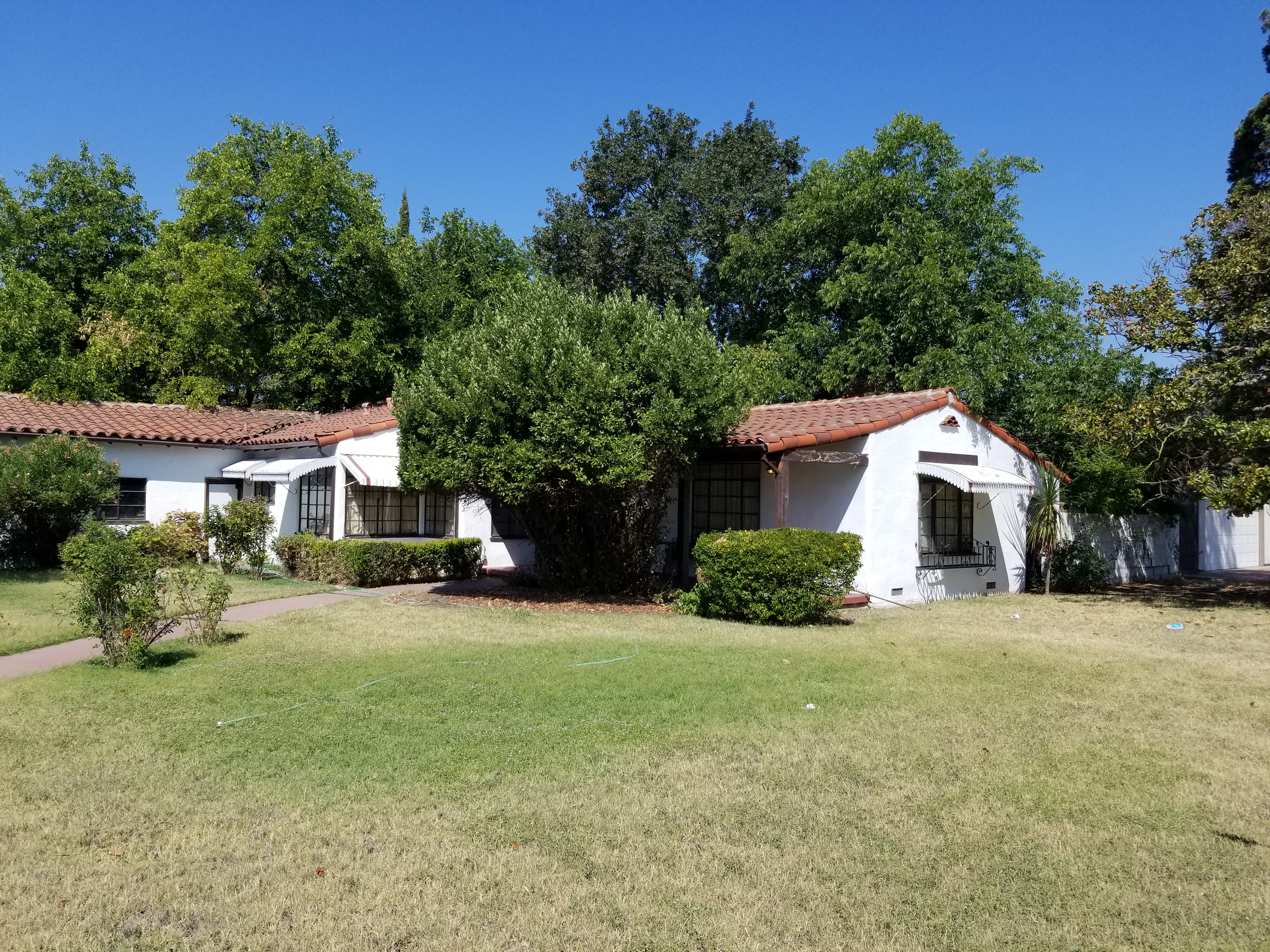 Some transactions are a piece of cake...Ha!  This one was not.  Everything about this transaction really happened, except one thing.  What did not happen?

One of my closest friends, Mark, was raised in this home and I spent a lot of time visiting him back in 1970 something.  It is a very cute home in Stockton, CA with a large yard.  It was built in 1947 and it looked almost exactly the same in 2017 as it did when we were in high school.  In other words, it needed some love.  Mark reached out to me in late 2017.  His step father had passed away and he needed to sell this house.  Here were some of the challenges. I just do not remember learning about this stuff in Real Estate 101.  The house did sell relatively quickly.  I was glad that I was able to manage it all for Mark.   He had enough to work through on his own and it was a tough time for him and his family.  This all started in 2017 and the court room work  wrapped up for Mark in late 2019.  It is a good reminder that we all need to get our affairs in order.  It makes life so much easier for our heirs.

Thank you Carol Williams  and Anna Kruchten for this month's ActiveRain Challenge.  Now, my challenge to everyone, which event did not happen?

I hired Ray to sell a house for me in Stockton. It was a house owned by my Step-Father, who had passed away, without a will or clear instructions on what he wanted done. The house went through probate with 16 beneficiaries. Ray worked with the lawyer guiding the estate through probate and interacted with several beneficiaries. He was great, he made the whole process understandable and ultimately proved invaluable in getting the house sold. With every new problem we had, he found a solution so we could move on and get across the goal line. I could not recommend Ray enough, he is a Realtor with broad knowledge and integrity. He is the best that I have worked with.  More Reach 150 Testimonials
LIKE
12
Re-Blog
close

Myrl Jeffcoat and Brian England thank you for stopping by.  Any ideas on which item I made up?

Good morning, Carol Williams .  Those were very good guesses.  The pepper spray was a surprise and true.  I learned keeping space is very important and I learned it maybe good to just let the miscreants just walk away.  There could have been a gun involved.

I was also shocked to learn that a house I spent so much time in never had ac.  Summers in Stockton can get very hot.  And yes, there was only one heater in the hallway.  In the living room was a fireplace.  I made something else up.

Wello good for you Raymond,  You got the worst one out of the way and now it will be smooth sailing for the next 100 deals.  Happy New Year.

OMG Raymond when I heard 16 heirs I knew it would be a nightmare. And with all the other issues.......I don't believe I've had anything close to that challenging.  You are a kind and caring man to help out your friend Mark and I am sure he so appreciated it.

And....Happy Birthday to your wife - from another Christmas Time baby!!  Glad you two celebrated in Hawaii!  Happy New Year!

Thank you Anna Banana Kruchten CRB, CRS and Happy Birthday to you!

Any time I have a friend approach me about helping them, especially when it is a long time family home, I am humbled that they would trust me with their home.  That makes the work much easier.

Hi Raymond,  Wow, you really had to work through some issues with this house.  Glad things finally worked out in the end.  I think the thing you made up is the number of heirs.  16 is an awful lot - not too far out, but more than the usual.

Bob Crane, good guess, but there were 16 heirs and that did not include Mark because he was the step son.  Happy New Year!

Hi Raymond-wow- some transactions will have one of the many issues you mentioned above but you hit the jackpot with this one!!!!   All I can say is thank goodness your friend could count on you to see this through.

The tree falling? Did you make that up? Like if a tree falls in the forest and no one is there is the man still wrong? Or something like that....

16 heirs.... but you were probably lucky they werent in the area That would have been even worse!

What a story! You truly ARE a good friend and what you did to get this place sold was above and beyond! I do find it odd that "police were not interested in the pictures," of the trespassers. Was that part true?

Nonetheless this was definitely a challenge and you are a true blue good friend! Congratulations on the sale!

Debra Leisek,  You are 100% correct!  There was a dead tree that was leaning precariously over the street, but some great neighbors banded together to cut it down.   One neighbor across the street even tried to go through the house each morning and send whoever was there on their way.  Great neighbors!

Patricia Feager, MBA, CRS, GRI,MRP  The police were very disinterested.  I even called the non-emergency number numerous times when people broke into the home.  They basically told me to stop calling.  I do not hold it against them.  The laws in CA make it difficult for them to do anything.  I was more irritated with the security company.  They were not very helpful at all.

Wow!  This is quite a story to share. They were smart to select you as the listing agent.

Thank you, Roy Kelley.  It was quite an adventure, for sure.

We have a sunny but cold day in Maryland. Snow is predicted for Saturday.

That was quite a story, and certainly far more complicated than any transaction I have dealt with. Glad it all finally worked out!!

Thank you Jeff Dowler, CRS.  There were times I was a little worried, but we all just kept plugging away.

Sounds like a script for a movie, Raymond Henson ... one with lots of twists and turns.  Kudos to you for being such a supportive and helpful friend ... and on a very challenging, but successful transaction ...

Thank you, Gene Mundt, IL/WI Mortgage Originator - FHA/VA/Conv/Jumbo/Portfolio/Refi.  All we need to do now is find the right actor to play me in the movie.