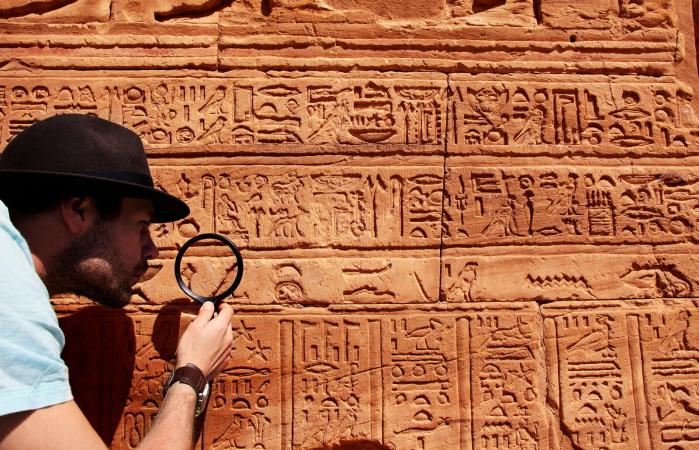 Are you busy?  Great.  Are you aware of what's coming around the corner?  Is something happening outside of your sphere that might impact you?

In the real estate and construction business, we all have to have our ear to the ground and be aware.  Sometimes we stare at what is coming at us but cannot comprehend what is about to happen.  We are comfortable, we are secure.  It's been that way for a few years... I was living in Austin, Tx in the mid-80s and Texas was considered the 'energy capital of the world'.  The OPEC oil cartel started selling oil at $10/barrel.  Texas was selling it at $30/barrel.  Total disaster ensued.  Little by little. At first, no one thought that real estate would be affected.  It was an oil thing.  We had real estate to back up the oil deals. Oh no...

In three years Texas was devastated and most young firms of any kind were leaving the Titanic.  I was too late and completely unaware.  I was young and I was drinking the kool-aid,  I had no idea a statewide recession would hit not only Texas but every oil-producing and refining state in the country.

In scouting around for a new business location, I was on Braniff and the gentleman next to me asked: "Do you know why pigeons fly upside down over Houston?".  I looked at him blankly.

"Because it ain't worth shi___ing on".    Inc. magazine had Austin on its cover two years in a row.  The second year the issue came out there were thousands of FOR SALE signs all over the hills.

After that debacle and 'safe' in Orlando, I vowed never to bear the brunt of something like this again and thought things were doing just hunky Dorito around here.

A huge build-up, lots of cash floating around, many cars in the barn, a personal house in the ground, and BAM!  The Great Recession of the mid-2000s hit me without realizing what was going on.  I didn't believe it.  I didn't believe that such devastation would rock the entire country. Like many others, we lost our shirts being overextended in so many ways.  Oh yes, I bought my house at the height of the market. Still underwater.

SO... what can we learn about such catastrophes to protect ourselves from future debacles??

While it may seem we have things under control, the fact is that nearly everything is out of our control.

Tags:
be aware of local national international news and politics

In looking for a place called home, one should never live in a place that has 1 major employer. If Seattle only made Boeing, will the last person please turn off the city lights?  This 737 disaster is going to cost America at least 0.5% GPD. If there is another element we will be heading for a recession.  FAA got to act quick.

Thanks for the history lesson John Henry.  Staying informed of the local market involves many factors as you pointed out.   For keeping up to speed on national and economic implications, one must be careful about which news and info sources to select.

I lost my skirt in two recessions and vowed never again.  Then, I took a page out of my Dad's book (who was born in the Great Depression) and started paying cash for everything.  I opened my boutique brokerage at the worst possible time (2008), when all of my colleagues predicted I'd never last.  Many of them have since gone under.  What they didn't know is what I'm made of... pure determination to survive and thrive, and be the last gal standing.  No more lethal lullabys for this gal.  I'm building my future with second hand bricks and a whole lotta prayers... on a solid foundation nonetheless.  Love this wise post John Henry, Florida Architect!

Like
favorite_border 8
Laura Filip
Laura Filip Broker , Opening doors for All Seasons of Life - Whitesboro, TX
What can we do for you today?

John Henry, Florida Architect one day at a time, keep an eye out of what is going on around us. Although I stand on Psalms 91 All that is going on around us is there we see it and stand strong in our faith. Be wise in choices, be thankful for what we have. Change is always going to happen. Be prepared as much as one can. Blessings sent to all.

John Henry, Florida Architect - No Siree! We really don't know what's around the corner. We must keep our ear to the ground. Don't put all your eggs in one basket. Pay attention to your gut and to the signs. Take care of your health!

I wasn't living in TX in the 80s. Illinois was doing great at the time! Massachusetts got hit bad. The Civil War in Afghanistan (1987-1992) Today, I don't think anyone is safe. It's definitely complicated and if there was a crystal ball that was 100% guaranteed, we'd all be whistling to the bank and living on beaches or wherever...

You survived! Somehow, most people do. Awareness is the key. You spelled it out well!

There is lots of wise advice here. Sometimes even when you try to pay attention you make decisions that don't work out as planned, but you do your best with the cards you are dealt.

Congrats on being Kathy highlighting your post this week!  Well deserved!

Thought provoking post, John Henry, Florida Architect ... and one that pushes me to (once again) assess my outlook and positioning.  I think that's very important .... constant vigilance and education ...

John very good post. I'll start with I got my PHD is something back in those very down market days and I didn't even want a PHD in something. As I mentioned to Candice I knew exactly when our market was shifting, exactly. That's when we began planning to get rid of as many expenses as we possibly could for the business and personal and somehow try to shore up the dike and make it through the whole mess.  Thankfully we recovered after quite a few years but we still lost a ton of money.  That's when I started paying more attention to the fox business channel.... and that's when I started my next PHD....I pay attention every single day. I don't worry, I enjoy working on this new PHD (joke intended)! Watch Varney and Co a couple of times and you'll see that he's so darn funny and has a lot of very smart folks on every day. I think I should graduate in a year or so LOL!

Good points John Henry! Paying attention to what is happening around us is important and knowing when to adapt and adjust even moreso. Too many people rode the FUN wave before the last downturn, thinking they were immune.

I'm ready, bring it on.  I worry for the young people in this world though.

In every venture, like real estate, or starting any business there are risks.  I remember when I first got into Real Estate one of the things my teacher said was, one of the key words that describes real estate is an R WORD. Do you know what that is?  It was RISK.  So with this RISK or gamble ... the slogan is perfect:

Do you know how to hold 'em and when to fold 'em?

John yes it is about seeing the trends, I used to lease cars every two years and then in 2003 I said to Diane I anticipate we will have a big crash and I do not want to have a car payment to worry about... so we paid all cash for my Lexus RX 330 in 2004.... needless to say I was anticipating a US crash... I did not realize that the whole Globe would have a melt down:)) the better you see the big picture the more you can plan... sadly idiots who kept saying in 2019 that there will be a recession have negatively effected my business that I did not anticipate... go figure....Endre

I certainly can not see into the future and have no idea what the markets will be like in a year, let alone 5 years.  As markets go up, I do believe it is wise to become more conservative, pay off debt, raise a little cash and be prepared, just in case.

BTW, my wife and I are part of the escaping movement you described.  Life does change and we need to be able to change with it.

I was in the oil business for 30 years and yes the 80's were brutal. I've been through maybe 20 layoff cycles in that time period ( I never was laid off). I did have to turn down a move to Houston and start with a new oil company.

New Orleans was an oil center, but the 80's cycle caused a lot of mergers and companies out of business. The trend moved to Houston. People were moving to Houston or lost their jobs.

Those people who bought big houses, lots of cars, vacations did not make it. Those of us who lived tight, made it.

Melinda (Mel) Peterson  it has been ages nice to see you on the platform and I am all about paying cash:)Endre

Hello my Friend!  Yes, it has been ages... life kicked me in the batootie so I needed a much welcomed break.  It's good to back among friends Endre Barath, Jr.!

I watched my son live through Florida in 2008.  Not a pretty sight.  With retirement being right around the corner - we have trimmed way down to where we can live on very little income.  And yes, I can see the handwriting on the wall.  Thanks for sharing!

I can really appreciate your post since I've lived in 4 states, starting in Kansas where I worked for a time at Koch!  My first mortgage was in '84 at probably 14%.  And now living in Arizona where we are a test market for I-buyers.  We do have a very good economy and we have no signs of slowing down, beating national averages, but I'm still cautious, not taking on any new debt, staying put.  We'll see!  Excellent post!

We have been designing luxury homes for over thirty years in not only Florida, but Texas, Tennessee, California, Delaware, Mississippi, Lousiana, North Carolina, Maryland, Utah and Alabama. We have also created custom homes in Sweden, China, and the Middle East.