A Darker Domain (2009) is a suspense novel featuring Detective Inspector Karen Pirie, head of the Cold Case Review Team in Fife, Scotland, by international best selling Scottish crime writer Val McDermid. I enjoyed this novel and recommend this series for your reading list. Click on the links to learn more about the author and her many books.

Goodreads Review of A Darker Domain

1984, Fife. Heiress Catriona Maclennan Grant & her baby son are kidnapped. The ransom payoff goes horribly wrong. She is killed while her son disappears without trace. 2008, Tuscany. A jogger stumbles upon dramatic new evidence that re-opens the cold case. For Detective Sergeant Karen Pirie, it's an opportunity to make her mark. 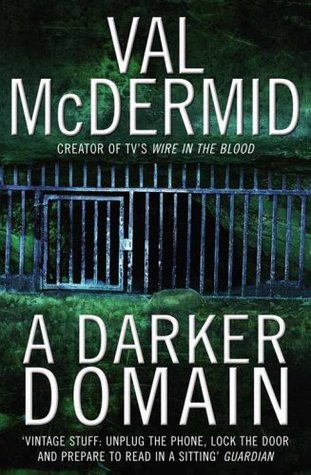 Good morning Roy. Not at your pace but entered the world of fiction and just finished "The Pardon" by James Grippando. Enjoy your day!

I have not yet read The Pardon. And, I notice that there are eight other books by this author on my shelf to read. I have only read five of his books and have some catching up to do.

Good morning, Roy... this story/book sounds like it could be a winner. Saving it to my ever-growing list.

I am definitely saving this one to my growing list. The cold case mystery is definitely an interesting one.  A

A Darker Domain sounds like a great read for suspense novel readers out there, Roy.