No. IRS auditors often make this claim, but they are incorrect.

There is no provision in the federal tax law that denies you a deduction for labor expenses simply because you didn’t file the required Form 1099s. But the tax court has stated that the non-filing of required Form 1099s can cast doubt on the legitimacy of the deduction claimed.

As with any deduction claimed on the tax return, you have to keep sufficient records to substantiate the deduction amount. If you had filed Form 1099s, then this would have been solid documentation to help prove the expenses to the auditor.

But since you didn’t file Form 1099s, you need to provide ironclad documentation to prove the expenses, including some or all of the following:

Ultimately, to prove your deduction in a court of law, should you have to go that far, you’ll need to show by a preponderance of the evidence that you made the payments. This means that your evidence has to make it more than 50 percent likely that you did make the payments to the contractor.

Besides the extra trouble of proving the deductions, keep in mind that the cost of not filing Form 1099s surfaces a financial penalty. For the 2019 Form 1099s, the potential penalties are

As you can see, filing the 1099s avoids trouble.

If you still have questions or like to speak with us, go ahead and book an appointment at TaxDebtConsultant.com 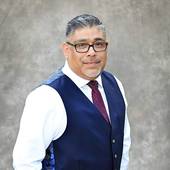 We help people with tax problems!
TaxDebtConsultant.com
Ask me a question