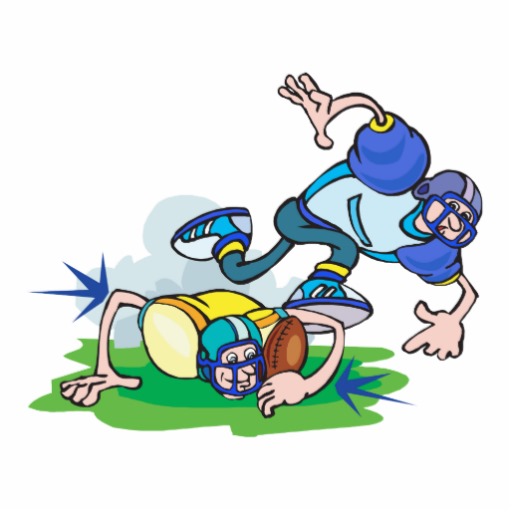 Overseas, not having any contact with college or pro sports of any kind, we had to figure out how to play the game: whether football, basketball, or baseball -- from scratch.

I had no idea what was supposed to happen or any of the rules.  No TV to watch.  No live games.

I enjoyed basketball as it seemed pretty straightforward.  Run to the other team's basket and try to get a ball in the hoop without fouling.  I didn't know what all the stripes on the court meant.  Got the hang of it and enjoyed it.

Baseball was also a lot of fun.  Not much running, a lot of chattering, stay put until something happens.  Cool mitts, neat to hit a ball and run the bases.  Rules minimal.

(I need to add here that there was a bit of social injustice in middle and high school.  The coach's sons were always playing first string and the heroes.  Well, they deserved it because they were ably taught what to do by their Dads who were sports hero wannabes.  oops! And then parents were always in trouble with either the coach, the umpires or refs, their husbands and wives - for ogling each other - during the practices and games.  In fact, this type of parading around with a younger spouse or whatever is still seen today in pro sports and especially visible during pro basketball games!)

Flag football in middle school was a killer.  I had no idea what first down even meant.  I was told to get on a line and wait for 'hike' and try to down the guy on the other side with the ball.  '1st down and five to go' had no meaning for me.  Extra points?  Interesting.

I was a softy and maybe due to my heart murmur (which Mom and Dad didn't want to hold me back with) I was totally exhausted from the practices we had.  It was grueling.  Not fun.  I would come home wiped out, take an hour bath, eat dinner and stare at my homework until I passed out.  I had to quit after a couple of months because my grades were suffering.

We moved to a different city and it was Senior year.  Football season came along and I was in.  I was playing guard.  Oh boy.  That means that you get on a three-point stance and then barrel forward, crashing into the guy in front of you.

I was in on the kickoffs and then waiting out the entire game.  I felt I wasn't valuable.  And since I had a bit of time for brain thinking I figured out that I was simply practice meat for the rest of the team.  I was also learning how to play guitar at the time.

One practice I was on my three-point and getting bowled over by the first string guard in a scrimmage.  I finally looked over his stance and noticed he was down low on two hands.  I looked at his hands and noticed they were cleat eaten and gnarled.  That was it.

A couple of games later I put it all together in my head and grabbed my equipment and jersey, tromped over to the coach's office and placed them on his desk saying: "Mr. Klatt, I am resigning my commission"  and walked out without saying anything else.  He looked astonished.

I can play my guitar to this day while many of my high school jock buddies have undergone hip replacements and knee surgeries.  Not me.  I am happy.

We did have season's tickets a couple of years to the Orlando Magic pro basketball team but lost interest as all the good players dropped out...

And I have no idea to this day, who will be playing who in the Super Bowl.  I may watch two minutes of it. I have other things to do --like play my guitar! Thank you Anna Banana for sponsoring this football fun contest as I have finally gotten this off of my chest!!

Tags:
why i stopped playing football in high school

I liked your blog.   Football is my favorite sport, however I understand why you would walk away from the game.    I think the game is tough and can be dangerous.  You have to follow your passion ... so it is great that you followed your love for the guitar.

The second round of the playoffs are going on this weekend.  It is really an exciting time for a fanatic like me.  Although, my team the New Orleans Saints lost last week,  I enjoy the competition  of the teams left and look forward to this year's Superbowl.

Hey John Henry, Florida Architect interesting journey you took with sports. And you figured it out, football wasn't your deal. Sure doesn't sound like it would have been good for you.  Cool that you picked up quitar instead......still going on tour?!!!

Hello Dinah Stallworth-Lewis I think if you grow up with it and it is a big deal with your family, then it is a natural thing to do.  We just weren't exposed to pro sports overseas and it was simply another game.  When I came to the states and attended a Texas university in Beaumont, I experienced the entire mania of the sport.  I understood but was not moved to get involved.  This is just an environmental thing.  People living in England play soccer and have no interest in American football.  Thanks very much and have a great time.  Happy New Year!

Hello Anna Banana Kruchten Broker/Owner, CRB, CRS   I really had no urge to excel in a sport that maybe was not a perfect fit for me.  A bit taller than the rest of the gang, basketball made more sense.  Had the best time as a baseball pitcher.  Tour starts when Candice signs up for vocals.

Hi John- I was born and raised in Houston so football was a deep part of my life. I was on the high school drill team so went to the games. My uncle went to Rice and I would go with him and my cousin to the games. At Thanksgiving the games would be on all of the sets and we played touch football in the front yard.

Wish you were here in Houston...you could hang with my brother and his two bands.

Football isnt for everyone but Music is!!

You made the right choice for you and that is pretty smart for a highschool kid!

I played foot ball for two seasons, just wasn't my thing. Once the players in professional started kneeling for the anthem, I quit watching.

Hi John - I like the comment left by Debra Leisek.  It's "spot on".  You knew what worked for you and what didn't.  That's good when it occurs at anytime but terrific when that happens while in high school.

I am/was never a jock in school or elsewhere.  Fortunately, life brought my younger brother and a brother-in-law into the picture to fill that void.

Hello Kathy Streib   If I'd grown up in Minnesota I'd probably love ice hockey.  We all pick up what is the most popular thing to do around us.  At the time I was in high school the frenzy wasn't there for sports overseas in Turkey.  I DID see the Harlem Globetrotters in Ankara and that was a blast.  At TAMU we had yell practices, not pep rallies.  I think I went to one game, I can't remember!  Texans love football!~  Hope to meet your brother one of these days!

Hi Debra Leisek   You are right, most people enjoy music than a particular sport.  Something we can all agree on.  ha.  Thanks!

Hello James Dray  Congrats on going two seasons!  I don't like mixing politics with sports either.  Thanks.

Hi Michael Jacobs   My dad had a round of professional boxing gigs in Chicago.  He quit for some reason; I suspect he did not want to participate in rigged fights.  He never promoted sports to my brother and me.  We both started playing guitar and bass.  Isolated in Turkey, there was no boulevard cruising, football games, etc.  We only had music.

I played football in high school until I had a need injury that has troubled me for my entire life.

"I looked at his hands and noticed they were cleat eaten and gnarled.  That was it."

A very wise and observant teenager!

John Henry, Florida Architect - Come to think of it, I never heard of a Musician who got injured playing his guitar and needed to get hip replacement or knee surgery! You were smarter than the average 13 year old and I'll bet you didn't know that!

Exactly.  I don't know. I think I came out ahead!

I DID watch the last three quarters of the game.  I think I've seen more exciting football and better commercials in previous Super Bowls!!  Thanks, Patricia Feager, MBA, CRS, GRI,MRP

Hi Roy, very sorry to hear that!!!  We all go in for school sport like lemmings.  Usually you do not get injured badly.  It's tragic though that so many have recurring problems, some more serious than others.  I had a potential client about 30 years ago who was extremely wealthy and drove me in his Aston Martin.  He told me has had excruciating pain in his neck and back all his life after a football injury.  I hope your photography is a salve for all the discomfort!  Best wishes Roy Kelley !!

Hello Melinda (Mel) Peterson   Yes, that will be my epitaph.  Thanks!

Feb 03, 2020 03:35 PM
LIKE
#14
You must sign in or register to leave a comment
Login Register
Show All Comments
Older Post Newer Post
Back to Top
Generate More Leads from this Listing
With a Trulia Pro Account
Learn More
Find what you need?
See More Blog PostsAbout Real Estate! SEE MORE NOW!
Rainmaker
251,943