Once a sleepy farming town, Huntsville gained national recognition during the Space Race of the 1960s and is now the fastest-growing metro area in Alabama. The U.S. government relocated a team of German rocket scientists to the area and opened a NASA center that would design the Saturn V, the rocket that sent Apollo astronauts to the moon.

Today, Huntsville residents pride themselves on being a nerdy bunch. The metro area has the most educated population in the state, and a large portion of the population works in engineering thanks to the large presence of NASA and the U.S. Army's Redstone Arsenal. And although Huntsville is best known as the home to defense and aerospace firms, other tech-related industries have also sprung up in recent decades.

Huntsville's city center has undergone a renaissance in recent years. An outbreak of new construction downtown means more shopping, dining and apartment options are on the horizon. Once-shabby neighborhoods surrounding the downtown area are quickly gentrifying. Just west of downtown, a defunct cotton mill became a bustling arts center, and craft breweries and bars have sprung up in a renovated old middle school.

U.S. News analyzed 125 metro areas in the United States to find the best places to live based on quality of life and the job market in each metro area, as well as the value of living there and people's desire to live there.

#80 in Best Places to Retire

What's the cost of living in Huntsville, AL?

Though the cost of living in Huntsville is higher than the state average, residents tend to pay less than those who live in other major metro areas around the country. This is due in large part to lower housing costs. Huntsville residents pay roughly the same as the average American for everyday costs like utilities, groceries and transportation.

Like many places in the South, Huntsville is hot and humid in the spring and summer: Temperatures heat up in April and don't cool off until mid-October. Due to its geographic location in north Alabama, Huntsville is located in Tornado Alley. Tornado watches and warnings are common in the spring and fall. Locals know to keep an eye on television coverage and mobile weather apps to stay weather-aware. Winter brings respite from the heat and extreme weather, though snow is rare enough that a half-inch will prompt school closures.

What's the best way to get around Huntsville, AL?

You'll need a car to get around Huntsville. The metro area has stepped up efforts in recent years to become more walkable and bike-friendly, but for the most part, residents are accustomed to driving everywhere.

There is a shuttle bus system in Huntsville proper that includes nine full-time routes and two additional weekend routes. However, the system does not service the metro area's suburban communities, meaning it's not the most convenient mode of transit for a large portion of residents.

Huntsville has an international airport located on the outskirts of town that's serviced by American Airlines, United Airlines and Delta Air Lines. Nonstop flights are available to major metro areas around the country, including Chicago, Atlanta, Dallas and Washington, D.C. Huntsville is also home to a Greyhound bus terminal.

Who lives in Huntsville, AL?

Though Huntsville is working toward more entertainment and downtown living options to appeal to young professionals, most of the area's households are composed of families. Also, due to the large defense and technology sector, it's a popular place for military retirees.

Approximately half of Huntsville's population claims religious affiliations. Most residents who identify as religious are part of the region's evangelical Protestant community, but Huntsville's international population means there are a variety of other places of worship, including mosques and temples.

Madison and Limestone counties, which contain the Huntsville metro area, have among the highest median incomes in the state. That said, neighborhoods on the east side of town tend to be more affluent, with homes being valued higher than those in the city center and to the south.

Huntsville has been the fastest-growing metro area in the state for the past 15 years and is projected to become the largest metro area in Alabama by 2022. Thanks to the high-tech and defense sectors, many of the region's residents hail from other parts of the country and the world, making Huntsville a more diverse community than other similarly sized metro areas in the Deep South.

What kind of jobs are there in Huntsville, AL?

Aerospace and defense are the largest job sectors in Huntsville, with NASA's Marshall Space Flight Center and the U.S. Army's Redstone Arsenal being two of the area's largest employers. There are also a large number of private sector opportunities for residents working in science, technology, engineering and math fields. Cummings Research Park, one of the largest such parks in the world, is home to big names like Boeing, SAIC and Northrop Grumman. The HudsonAlpha Institute for Biotechnology is a unique nonprofit/for-profit collaboration that has made significant discoveries in genomic research and disease diagnosis.

Education is also a key sector of Huntsville's economy, with Huntsville City Schools, Madison County Schools, Alabama A&M University and the University of Alabama in Huntsville employing large numbers of the population. Meanwhile, the Huntsville Hospital provides opportunities for those in health care.

How good are the schools in Huntsville, AL?

Huntsville is also home to four colleges and/or universities, one of which earned a place on U.S. News & World Report's Best Colleges rankings.

How safe is Huntsville, AL?

Like other major Alabama metro areas, Huntsville experiences violent and property crime rates that are noticeably higher than national rates – not to mention the rates of many other metro areas of its size. That said, Huntsville's more suburban neighborhoods see far fewer crimes than areas in and around the downtown area. What is there to do in Huntsville, AL?

Huntsville has a number of other cultural attractions unrelated to aerospace. For example, the Alabama Constitution Village offers a look at what life was like in Alabama in the 1800s, while the North Alabama Railroad Museum and the Historic Southern Railway Station highlight the history of train travel in northern Alabama. Those interested in art should pay a visit to Lowe Mill Arts & Entertainment, a renovated textile mill that is the nation's largest privately owned arts center. The Mill houses artists working in a variety of mediums, features live music and theater, and serves as the city's unofficial avant-garde arts headquarters. The Huntsville Museum of Art also offers a wide range of pieces across a variety of permanent and traveling exhibits.

Thanks to its high-tech sector, Huntsville has a significant international population, and the region's culinary scene reflects this diversity. Area restaurants offer everything from Vietnamese to German to Indian fare. More standard Southern fare, including barbecue joints and farm-to-table cafes, are also popular.

Because the climate is warm most of the year, outdoor concerts and events are plentiful. The downtown area hosts outdoor concerts, movies and food truck rallies almost every weekend (except in winter). Some of the quirkier events include giant pinball games, taproom music tours, and laser light and music shows. Meanwhile, Monte Sano State Park is a favorite with hikers and mountain bikers. Boaters and water sports enthusiasts head to nearby Lake Guntersville and the Tennessee River.

As usual, should you be interested in buying or selling a home, or for any further information regarding your home, please contact me, Karen Borden, your North Alabama Real Estate Professional!

What a wonderful overview of the Huntsville areas. I hope you get a lot of calls from people who want to move there! 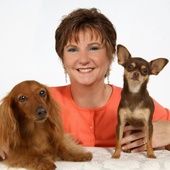