It's 2020, and yet in today's Disneyfied America, little girls still dream of becoming princesses. Really, what's not to like about it? You get all the pomp and circumstance of the royal court without the inconvenient stress of actually running the country. You get to show off the crown jewels. You even get to lead the paparazzi everywhere you go, so they can compete to make snarky comments about your dress or snap a pic of you picking your nose.

Actress Meghan Markle got to live the dream when she married Prince Harry to become Her Royal Highness, the Duchess of Sussex. Apparently, though, princessing is a lot like Season Three of The Crown — it overpromises and underdelivers. Now she and Harry are giving up their "Royal Highness" titles, vacating the palace to become working blokes, and planning to spend more time in North America. Next stop, Canada: out with the Royal Philharmonic, polo and high tea, in with Nickelback, hockey, and poutine.

Naturally, the big move means big changes for the couple's finances. People like us spilled gallons of ink writing about how Megan's marriage would affect her taxes. So now that the Sussexes have announced "Megxit," you get to spend hours reading about them all over again. Spoiler alert: they're still going to be a royal pain in the arse.

The couple have been drawing 95% of their state income — estimated at around $2.5 million per year — from Prince Charles's Duchy of Cornwall income. They draw a few more quid from the tax-free Sovereign Grant, which the government pays the Queen for royal family operations. They also earn income from their own assets, estimated at $25 million for Harry (built on inheritances from the Queen Mum and Princess Di), and $5 million for Meghan (built on her acting career). The move will mean giving up their Sovereign Grant income, and possibly the Duchy as well.

So, off to work they go! Fortunately, they're expected to command six-figure speaking fees. As a U.S. citizen, Meghan will keep paying U.S. tax no matter where in the world she speaks. However, if she spends more than six months abroad, she can exclude $107,600 of foreign income from her U.S. tax. That may sound like a lot to us — but for a princess, it barely covers the ladies' maid and gas for the Bentley.

Meghan also needs to consider state taxes. (You probably thought princesses are too pretty to worry about that.) They were still deductible when she left, but now that deduction is capped at $10,000 per year (£7,665). She's already moved her company, Frim Fram Inc., from California to Delaware, where she'll avoid the Golden State's 8.84% corporate tax.

Harry remains a Brit, which gives him more ways to plan where he lives and works. His British income is taxed at 45% on anything over £150,000. If he spends enough time in Canada, he'll pay 33% on his Canadian income over $214,368. But if he spends too much time here, in the United States, everything becomes subject to our tax. (Don't get too used to the California sun!

We realize you aren't making room in your family budget for tiaras and scepters. But you don't have to be a royal to take advantage of planning to pay less tax. That's where we come in. So count on us to help, without shipping you off to Canada! 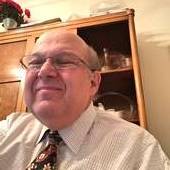