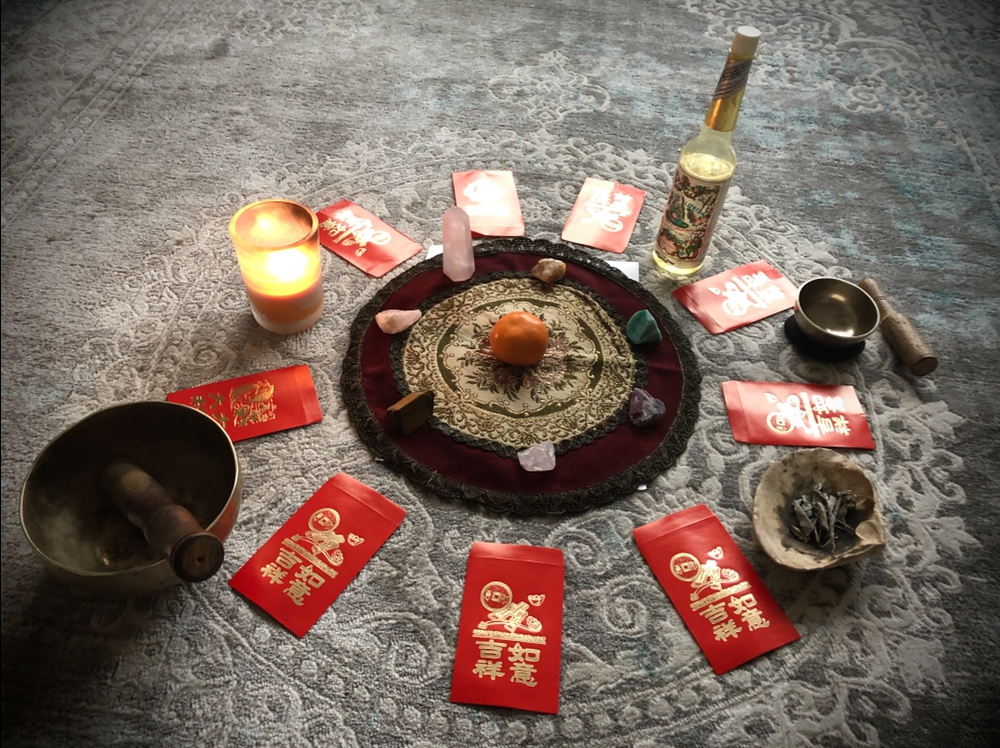 According to an article published in Scientific America, simple rituals can be extremely effective, helping to alleviate grief, reduce anxiety, increase people’s confidence and help problem solve. Studies have even shown ritualistic work to benefit people who claim not to believe in rituals at all.

The primary method of Feng Shui that facilitates ceremony and rituals is BTB Feng Shui (Black Sect Tantric Buddhist Feng Shui). This method of Feng Shui was birthed by His High Holiness Grand Master Professor Lin Yun. He would commonly say, “to the masses, the use of ritual for problem solving may seem illogical. However this is teaching you to shift your perspective to see “new logic” in how to problem solve.”

According to Professor Lin Yun,  “he believed the effectiveness of the mundane solutions is about 10 - 20% and the transcendental (ritual) is 120%.” A ritual could include bodily movements, chants, the use or display of particular objects, items, or totems within your environment that you personally connect with. Referring back to the Scientific America article, it was also noted, that those who participated in rituals and held clear intentions for why, experienced stronger favorable results.

Some other interesting finds were done by Columbia and Yale Scientists. In essence they found by participating in rituals, "the parietal cortex, an area of the brain involved in awareness of self and others as well as attention processing, seemed to light up during their studies." In short, rituals provide a bridge to help expand on a person’s spiritual experience. It makes the journey of exploration into the world of the unknown (literally and energetically), less scary.

And rituals don’t have to be complex. They could be very simple, such as with writing down your intentions at the start of the new year.

Groups:
Goals and Dreams
Inspiration Station
Law of Attraction
Posts to Localism
What is Feng Shui