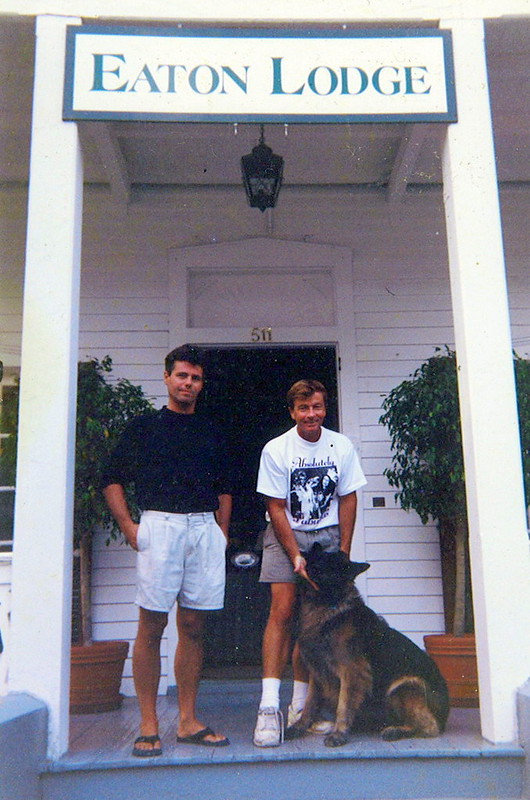 Long time readers know that I moved from Colorado to Key West more than a quarter century ago to own and operate a guest house then known as Eaton Lodge. The place had been boarded up for two years after being foreclosed by the US Small Business Administration.  We moved in a few days before Christmas and started to clean the place up. Locals stopped by and introduced themselves to us and welcomed us to Key West. They asked who we were and told us about themselves and the house - about Doctor Warren, the town doctor, and his wife, Genevieve (second from left below), who started the Key West garden club. That explained the gorgeous gardens and exotic palms other trees on the property. But most of all they welcomed Bob, my partner, and our dog, Gertie, to Key West. Within a couple of months we opened for business on Valentines Day 1994. 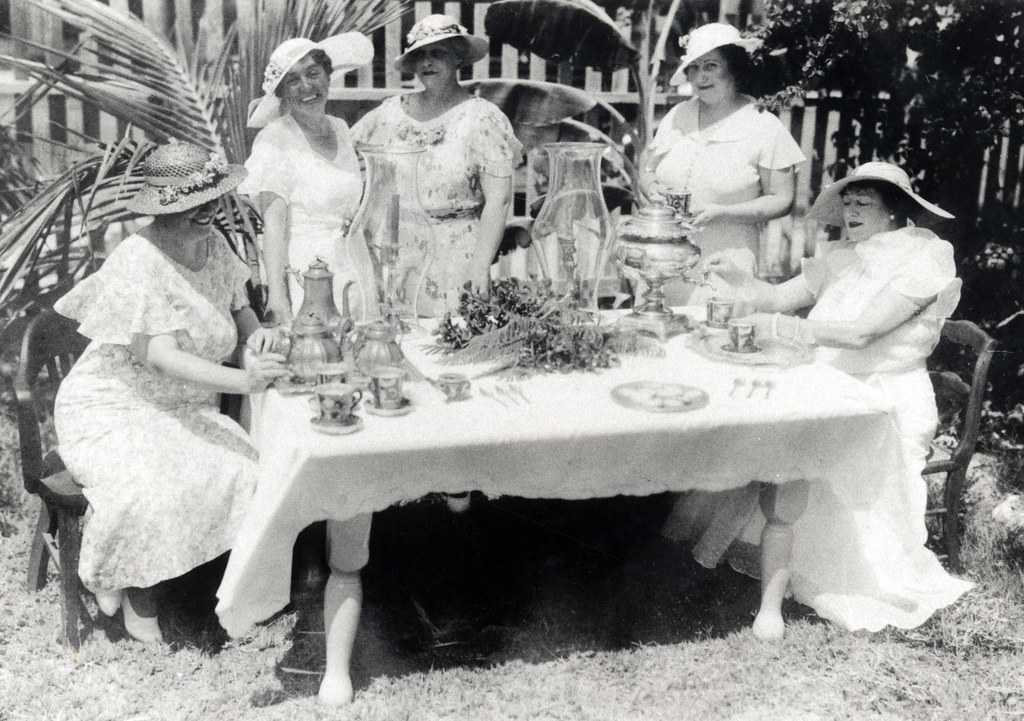 Since so much time has passed I do not feel I am betraying any former guest who stayed with us. These are three short tales of love at Eaton Lodge. For readers afar who have never been to Key West and are offended by tales of sex - go away - now!

We offered nice clean rooms at a reasonable price which included breakfast, happy hour, and turn down service at night. We explained this to all guests at check-in. We also introduced Gertie to guests so that they would not be frightened if they saw her laying on the front porch or under a tree or in the fish pond - which she did.

Not too long after we opened a couple from England arrived for a two week stay. They were a sweet couple in the forties or early fifties. They came to Key West each year had stayed at Eaton Lodge before it was foreclosed upon. They were happy to see it opened again. Within a few days I noticed they followed a routine. They would take a "nap" for a couple of hours each day. They were madly deeply in love. We cooked dinner or them one night and they took us to the Cafe Marquesa another.

We set up a free bar each night at happy hour which ran from 5:00 to 7:00 PM.  Depending on the month of the year first time visitors might skip a free drink and walk to see sunset at Mallory Square. Others would take the opportunity to have a couple of drinks before heading out for a night on the town. I recall one night when we were still sitting outside in the dark after happy hour had ended. A couple staying in one of the carriage house rooms returned with a man. All three went inside in their room. After several minutes the husband came out and poured himself a drink and sat by himself. seemed preoccupied - even moping - over what was going on inside his room. The wife and the other man stayed inside that room for a very long time. We eventually went inside while he stayed outside. The couple checked-out the next day - a day earlier than their reservation. I don't know what happened and don't care. I did not have to call the police.

Have a Happy Valentine's Day wherever you are! 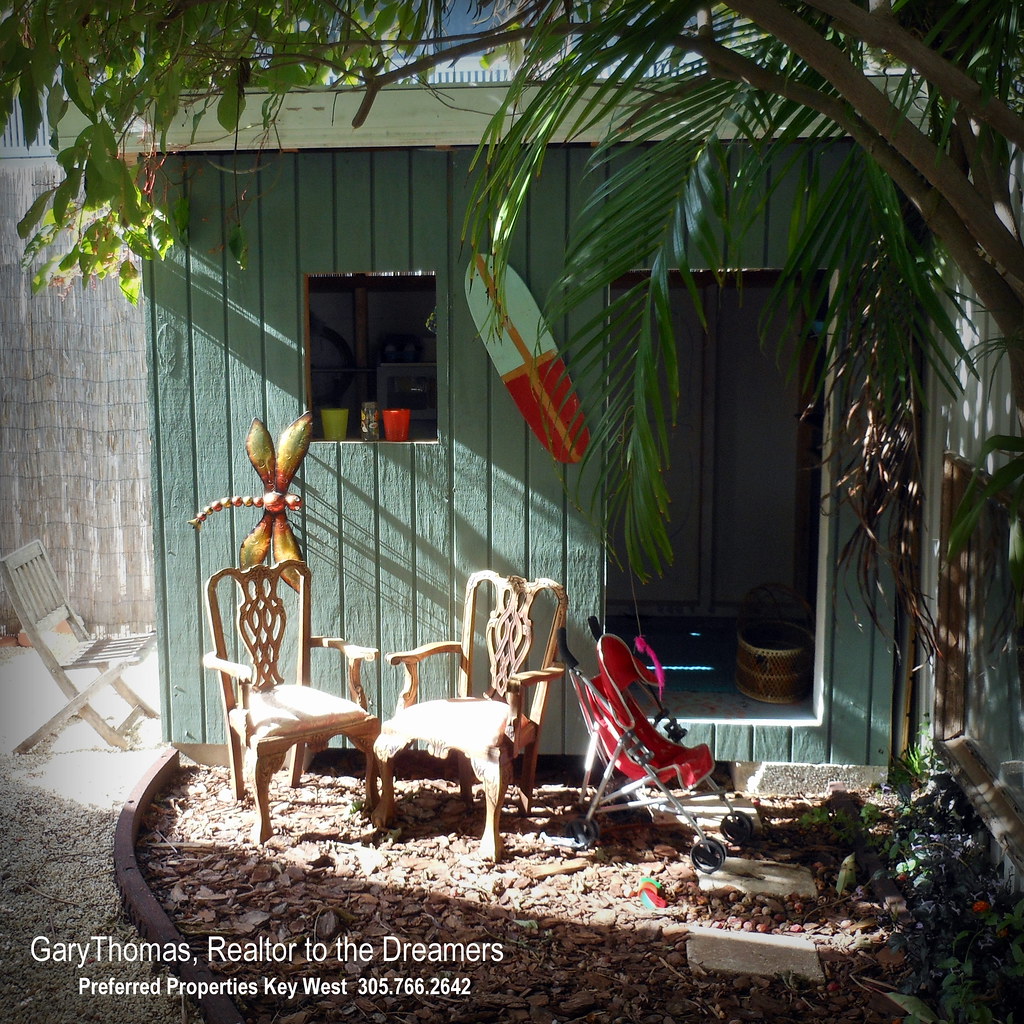 Good morning Gary. I always enjoy your historical posts and this one was a bit different but great. Do you still operate this place?

How interesting! I'll bet you have a lot more stories about guests you had while operating the Eaton Lodge. I bet that was a wonderful time!

Hello Gary - as a former guest house owner, you must have lots and lots of stories to share...  Maybe not as unique as this one but lots and lots.  Share away if you like.

Oh, beautiful story and I can see why Valentine's Day has truly special meaning(s) to you, Gary!