Book Recommendation: A Long Petal of the Sea by Isabel Allende

A Long Petal of the Sea (2020) is a work of historical fiction telling the story of a young couple fleeing the aftermath of the Spanish Civil War in the late 1930's, their travels to Chile on the SS Winnipeg chartered by the poet Pablo Neruda and the following decades by The New York Times bestselling Chilean-American novelist and recipient of the Presidential Medal of Freedom presented by President Barack Obama Isabel Allende. Dolores and I enjoyed this book and recommend it for your reading list. Click on the links to learn more about the author and her many books. 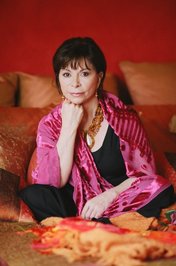 Isabel Allende Llona is a Chilean-American novelist. Allende, who writes in the "magic realism" tradition, is considered one of the first successful women novelists in Latin America. She has written novels based in part on her own experiences, often focusing on the experiences of women, weaving myth and realism together. She has lectured and done extensive book tours and has taught literature at several US colleges. She currently resides in California with her husband. Allende adopted U.S. citizenship in 2003.

Goodreads Review of A Long Petal of the Sea

From the New York Times bestselling author of The House of the Spirits comes an epic novel spanning decades and crossing continents, following two young people as they flee the aftermath of the Spanish Civil War in search of a new place to call home.

In the late 1930s, civil war gripped Spain. When General Franco and his Fascists succeed in overthrowing the government, hundreds of thousands are forced to flee in a treacherous journey over the mountains to the French border. Among them is Roser, a pregnant young widow, who finds her life irreversibly intertwined with that of Victor Dalmau, an army doctor and the brother of her deceased love. In order to survive, the two must unite in a marriage neither of them wants, and together are sponsored by poet Pablo Neruda to embark on the SS Winnipeg along with 2,200 other refugees in search of a new life. As unlikely partners, they embrace exile and emigrate to Chile as the rest of Europe erupts in World War.

Starting over on a new continent, their trials are just beginning. Over the course of their lives, they will face test after test. But they will also find joy as they wait patiently for a day when they are exiles no more, and will find friends in the most unlikely of places. Through it all, it is that hope of being reunited with their home that keeps them going. And in the end, they will find that home might have been closer than they thought all along. 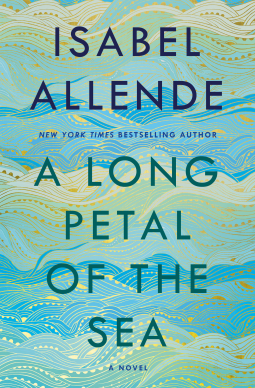 Hi Roy... I wish I could say I could get into Allende's books... alas, not. I've given up on every book of hers I've tried to read and never finished a one. At this point, I've just stopped trying! I could, however, get into having those gorgeous orchids in my house.

Good morning Roy. Watching the grandson slows the reading process. Yours continues at a rapid pace. Enjoy your day!

A Long Petal of the Sea sounds like a good read for those intereted in historical events surrounding the Spanish Civil War.

What a great historical novel that must be.  I will put it on our growing list, thanks to you.  Happy Thursday.  A