Footprints in history are not made sitting down. This is a quote that I have grown to love. I am not sure where the saying originated from, but I've seen it on a plaque and it really resonated with me. There are so many ways that one can look at this saying and apply it to life. Whether in your personal life or in business. I've learned that sometimes the things we don't want to do are in fact the things that we NEED to do. Call it comfort or complacent, we get into a groove and adopt the attitude of " Not fixing what isn't broken ". While this may be true in some cases, this very saying can also leave us stuck in the same position we are in. Take a water bottle for example. There are hundreds if not thousands of different versions of a apparatus that we stick water in. Some are tall, short, stainless steel, plastic, colorful, simple. Some, you can add fresh fruits, some have filters. No one attempted to fix what wasn't broken. They built on to something that was already functional and made it better. They simply created a better version of a water bottle. We can and should be doing the same. Creating a better version of ourselves and our business. We, too, can build on to something that is already functional and make it better. We don't have to be and/or feel stuck in the same mundane routine. Everything changes around us. New model cars are released, a better version of soda with less sugar, upgraded cell phones with better cameras. All of these things, just like the water bottle, have one thing in common - they all work, they are all functional yet the creators know and knew how to make something better from the original. Every day, month or year when a new version is released they benefit themselves and others in many ways. Whether financially or emotionally. They aren't making history by sitting down because they know if they don't do it, someone else will. In the end we only regret the chances we didn't take. So, whether you want to skydive, build a bigger business or create a new version of you, not only will you benefit yourself, but you will benefit others from it as well. Someone out there needs and wants what you have dreamed of creating. Someone out there needs and wants the same adrenaline rush you will get when you make something better. You're not trying to invent anything. The hardest part has already been done. You're simply re-inventing a better version.

Hello Kat,  Interesting blog and so much to take away from it.  I am big on setting goals and  also listening to coaches on You tube to learn something new. 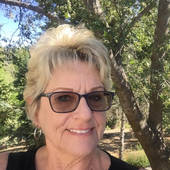