MGM Grand Vegas, one of the most iconic casino buildings on the Las Vegas Strip, has a new owner. In a statement released on Friday, February 14, MGM Resorts International announced the close of the $4.6 billion sale, which was initially revealed in January. The new agreement stipulates that MGM Growth Properties and Blackstone purchased the two Strip properties under a joint venture, but MGM resorts will continue to be in charge of day-to-day operations. This is similar to the $4.25 billion leaseback deal of the Bellagio sale to Blackstone in November 2019.

This time, 50.1% of the joint venture will go to MGM’s real estate investment trust, MGM Growth Properties, while 49.9% will go to Blackstone, which has been investing heavily in Southern Nevada for several years now. The group is no stranger to high-profile real estate deals and became known to investors after the crash of the real estate market, when they turned affordable Las Vegas housing into profit. Once the market started to recover, they invested in commercial buildings as well, moving on to the 68-acre Hughes Center office park, the 3000-room hotel The Cosmopolitan of Las Vegas, and the World Market Center.

Along with the Bellagio sale, this move is part of MGM’s 2020 cost-cutting plan, which also included eliminating 1,000 jobs in Las Vegas and selling Circus Circus to Phil Ruffin. And the results won’t be late to appear, experts say. In a recently released report, MGM Growth Properties reported a net income of $72.9 million, a significant growth from the $68.6 million in the previous year. Moreover, the trust also made nearly $220 million in revenue from renting the 11 properties it owns.

How will this change in ownership affect fans of MGM? It most likely won’t, since there will be no changes in day-to-day operations. However, it is highly relevant for the Las Vegas real estate market trends and Blackstone’s efforts to become a landlord for iconic buildings. In an interview, Jon Gray, president and CEO Jon Gray said that the MGM Grand Vegas deal “reflects our continuing strong conviction in Las Vegas.”

MGM Grand Las Vegas: one of the most iconic casino buildings in the world

It’s not just investors who are interested in the MGM Grand Las Vegas. As the most iconic building in Las Vegas, it has attracted millions of locals and tourists ever since it opened in 1993. The MGM Grand is more than a casino: it’s also the largest single hotel in the United States and the third-largest hotel complex in the world, with an impressive 6,852 rooms, sprawling across 30 floors. Although it houses the largest casino in Clark County (171,500 square feet), the MGM Grand Las Vegas also boasts plenty of other features, including a 380,000 square feet convention center, a spa, outdoor pools, night clubs, and restaurants.

The building’s casino attracts gaming enthusiasts from all over the world. And, with more than 2,500 machines starting at 1¢, and 139 poker tables, it’s not surprising that every casino lover wants to come here at least once. The building has become a true symbol for the casino industry and those who haven’t had the chance to experience it turn to the BetMGM online casino, which offers just as many games.

Over the years, the MGM Grand Las Vegas became a pop culture symbol and was featured in many movies, video games, and TV shows. If you watched Casino, you might recognize it from the famous shot at the end, which depicts the new Las Vegas. It was also featured on several editions of The Amazing Race. With the addition of attractions such as TopGolf, CSI: The Experience, and the SkyBoxes, the building has diversified its clientele even more. The grandeur of the MGM Grand Vegas makes the deal between MGM Growth Properties and Blackstone all the more interesting for the local real estate market.

Apart from the housing market, which has managed to recover, Las Vegas is a prime location for affluent real estate investors. And last year, there have been a lot of interesting moves on the commercial real estate market. In addition to the sale of Bellagio for $4 billion to the Blackstone Group, which was the most expensive sale ever of a Las Vegas resort until the MGM Grand Las Vegas deal, several other transactions stood out.

Rhodes Mansion, one of the megastructures in Las Vegas, was sold for $16 million to a mysterious buyer, while Bleutech Park Las Vegas sold for $7.5 billion, becoming the most expensive development in recent years. Right next to Ikea, a fitness chain bought 15 acres of land from Harcourt Developments and hopes to breathe new life into an area that hasn’t fully recovered after the recession.

For investors, all these deals paint a very important picture because they indicate a clear trend. Previously known for its casino industry, Las Vegas is expanding into a business hotspot. The city’s master plan for 2050 includes key goals such as increasing sustainability, reducing crime, building more communities and turning the city into a “healthy urban forest” where people will want to live. But until these grand goals are reached, Las Vegas is betting big on commercial developments in 2020 and hoping to bring more tourists to the area. Although casinos remain an important part of the city’s culture and touristic appeal, ambitious projects such as the Las Vegas Stadium, the Las Vegas Convention Center expansion, and the Hard Rock Hotel renovation could bring in a more diverse group of visitors and businesses.

Hmm, I will be there next month and plan to enjoy the buffet at the MGM, hopefully, everything will still be as good as it always has been. 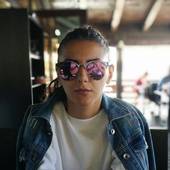 Representative
Ask me a question