A new LawnStarter.com survey of more than 5,000 recent homebuyers found that Iowans are the happiest with their home purchase in 2019 — but nearly 1 million homebuyers nationally regret their purchase.

The results are part of a large-scale “New Homebuyer Happiness Index” survey by LawnStarter, a national on-demand lawn and landscaping service company. We surveyed 5,672 people who purchased homes in 2019. All respondents answered 118 questions about various aspects of homebuying. Results were obtained from people in all 50 states and Washington, D.C.

How We Created the New Homebuyer Happiness Index

The core of the survey was six questions related to how happy the homebuyers were with their purchase.

Answers to those six questions were weighted equally and converted to a 100-point scale, with 100 being the happiest.

Overall, homebuyers were happy. The national average score on the New Homebuyer Happiness Index was 81. While the answers showed a strong degree of satisfaction, many factors — some of them surprising — were associated with making people dissatisfied. Location played a strong role in happiness, but so did the price paid, square footage, number of bedrooms and even the architectural style.

Here are the key findings on what made people happy with their new homes, and what made them regret their purchases.

Why Iowans are Happy Homebuyers

Iowans reported satisfaction across the board, saying they were especially pleased with how Iowa is both safe and a good place to raise children.

“The state and several of our cities are landing in lists of top places to live for a variety of reasons,” said Scott Wendl, 2020 president of the Iowa Association of Realtors, in a statement about Iowa’s homebuying market. “Iowa was ranked No. 1 for housing affordability. Iowa was also first in ‘best place to find a job.’ With high marks in education, cost of living and a growing high-tech startup sector, Iowa is an attractive place to work and raise a family.”

What Makes Wyomingites Unhappy With Their Home Purchase

Almost half of the homebuyers from Wyoming, on the other hand, regretted their purchase. They were particularly unhappy with the job market, and many gave their neighbors poor marks for their friendliness.

Only homebuyers from Washington, D.C., found their neighbors less-friendly.

The more bedrooms, the more happy people reported they were with their purchase. Those with homes of six or more bedrooms were the happiest.

Although buying a house with more bedrooms made people report greater happiness, more bathrooms did not. People with one bathroom were just as happy as those with five or more.

The age of a home also was associated with happiness. Those buying homes built after 1960 were significantly more likely to be happy than those who bought homes before that year.

Even the architectural style of a home made a difference. Those who bought Tudor and ranch-style homes were happiest. At the bottom end of the scale: Greek revival and pueblo revival styles.

The amount paid over or under the asking price also played a role in happiness, but there’s a twist: The unhappiest people were those who got the biggest bargains.

Sacrificing Before Buying a Home

Homebuyers reported making significant sacrifices to before buying their homes — but that didn’t always make them happy.

Three out of five respondents said that they changed their lifestyle while saving for a house. The most-common change was eating out less often (36%). Another 22% said they gave up eating out completely. About 7% sold off household goods — usually furniture and clothes, but some sold cars, antiques, collectibles and musical instruments to make their home purchase happen. A handful of people said they sold “everything.”

Many took on second jobs:

It didn’t end well for many of those who sweated the most for their home: The ones who got a second full-time job scored their happiness at 76 — five points lower than the national average.

What People Would, Would Not Give Up

Some features were more highly prized by home buyers. We asked people to name the item or items they gave up on in their homebuying process, and those they refused to give up.

States varied greatly in what they were willing to yield on. But when it came to what they refused to give up, two items came up most often — number of bedrooms, and garage.

The data showed a distinct geographic tilt. Homebuyers in Southern and Eastern states would not yield on the number of bedrooms. People in the West and Northern Plains insisted on a garage.

We also asked people to rank the reasons they chose the house they did, from a list of eight potential reasons. Turns out it’s price, size and then location.

Here’s how respondents ranked the reasons for buying the house they did.

Other Factors in Home-Purchase Happiness

Things that made little to no difference in happiness: 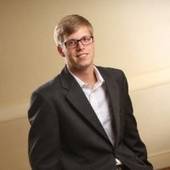