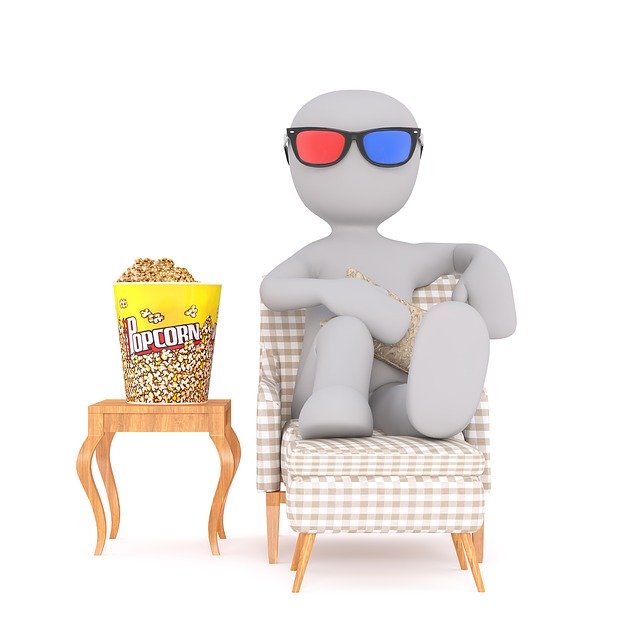 I don't make it to many movies.  Don't get me wrong, I enjoy them, but it's a time vs. value equation.  For the two of us to attend, tally up tickets, popcorn and soda and we're in the $40-50 range.  Give me a Star Trek, Star Wars or Bond flick and I'll make it happen.  Most other movies I can wait until Netflix, Hulu, HBO, etc., bring it to my living room.

But that doesn't mean I lack for entertainment.

For that it's Facebook and B.Y.O.P.  (Bring Your Own Popcorn).

Any given day there's a multitude of trainwrecks to watch, and that's even throwing out the political gladiator games.

Locally we've got two different school levies in play this month.  You want entertainment, the strident Vote No vs. the equally vocal Vote Yes group in the neighborhood Facebook group have been dropping the gloves for days, and it's getting brutal.  The gifs and memes are going full out, and logic and niceties have pretty much left the forum.

In real estate I watched a case study of how NOT to win friends and influence people in a referral group.  The requester basically shut down a "fan club" and told the nominee that she lived too far away to be eligible for the referral.  The refused agent wasn't having it, and left a long string of comments cutting on the referrer, making it clear KW is "not well thought of in her area" (BRILLIANT move in a Facebook group founded by and mostly populated by KW agents...sarcasm font just in case there was any doubt).

And of course there's the old standby, ANYTHING to do with Z in any real estate group.

And for even more fun there's that little thing with Newsday and their Long Island investigation results.

So if I want entertainment, throw a bag in the microwave and grab the mouse.  A few clicks away and I'll be shaking my head in no time at all.  You just never know who's watching.

Bill, someone who lives in the Land of Movies, like you it has been years since I went to the Theater... now with that said we do have friends/referral sources that give us the movies on discs that are up for the Oscars... like you I opt not to watch them. Diane does while I am doing other things... and I guess I should watch more FB videos:)) no time for that either... on a side note speaking of the Z Rich Barton has joined the rank of Billionaires... I remember when he commented here on our posts:)) he has come a long ways:))Endre

Hello Bill(and Liz too) - the sources for "entertainment" are abundant.  Seemingly harmless and even well-intentioned, things can go south quickly.  Who would ever think NextDoor with its missing dog/cat stories could cause so much vitriol and controversy?

Good morning Bill. The wife and I opt for sources where we watch from the comfort of our own sofa. And the cost is less! Enjoy your day!

The local stuff provides the most entertainment value, especially if you know the players personally.

My brother and I go to the movies weekly, but we go when tickets are $5, we have a loyalty cup for drinks and a free popcorn coupon, so we are in for less than $15.  I would not want to go if it cost me close to $50, haha.

Oh my, there really is so much stuff that goes on in Social Media locations - some of it is truly baffling.

Good morning Bill. Well you made me laugh with this one. I love to go to the theater, but see most movies in the air when I travel.

Hi BLiz- My behind has a hard time sitting for more than an hour, so I'm with you...it better be Star Wars or something equally special for me to go. I'd prefer to watch my movies streaming. As for entertainment (as in the Friday night wrestling group) Nextdoor has joined the league of Facebook for sheer mind-bending "are you kidding me" entertainment.

Hi Liz and Bill Spear -  I don't go to that many movies either.  True, we have plenty on our desktop.  For me I have found plenty on YouTube.

It is astounding to read comments from so many  so-called real estate professionals on Social Media. Facebook is especially egregious.  I really can't handle it most of the time, and try to move on quickly. And, I'm with Kathy, Nextdoor is another toxic landmine to tip toe through. It's also a forum I try to ignore.

My sister enjoyed going to watch 1st run movies only at her price. $1 a movie. She belonged to a Movie Club where they show two movies a day year around. One is at USC Lucas auditorium. Not getting enough selection she joined another club. She drags me inside where I take a nap .....

I'm so glad Kathy Streib featured your post in her "Ah-ha" moments for the week! I loved it and you are right you can just B.Y.O.P. and enjoy a lot of entertainment on social media and Nextdoor is a trip in itself!

During the election season, you may need multiple doses of popcorn as you watch the TV.

You can stay entertained all day if you want to just reading the comments on fb. I can't believe most of what I read....people are insane!

FB can definitely capture one's attention, but not always for good reasons. I for one am glad I don't pay for it! There are times when I wonder why I even bother looking...but I suppose it's for the good stuff, too!!

Feb 23, 2020 05:15 PM
LIKE
#16
You must sign in or register to leave a comment
Login Register
Show All Comments
Older Post Newer Post
Back to Top
Generate More Leads from this Listing
With a Trulia Pro Account
Learn More
Find what you need?
See More Blog PostsAbout Real Estate! SEE MORE NOW!
Ambassador
2,848,555