Beyond the list price of a home there are other significant ongoing expenses that add to the cost. For example, home insurance (also known as homeowners insurance) is an added expense new homebuyers face regardless of the size of a down payment or the price of a home. Most lenders even require that you have home insurance.

What is homeowners insurance?

Then, if disaster should strike and you need to make a claim, you pay the amount of the deductible, and the insurance company pays the rest of the cost to repair or replace what (or who, in some cases) was damaged. That way you’re not smacked with an insurmountable bill that could send you deep into debt. You’re insured against it.

Note, however, that home insurance policies don’t always pay the full amount for repair and replacement though, and policies vary by company, state and other factors.

Your home: This is the structure of your home, including the roof, walls and foundation. Most policies also include other structures on your property like a shed or detached garage.

Your belongings: This is the contents of your home, including clothing, furniture and most everything under your roof. You may, however, need to pay extra to cover some items such as jewelry, art, cameras and computers.

Personal liability: This protects you from limitless legal fees due to property damage or bodily harm that you or a member of your family inflict on someone else. For example, if  someone slips and falls over a crack in your driveway, or your dog bites the neighbor, your home insurance has you covered up to the policy’s limit. The same would be true if a tree from your yard falls onto your neighbor’s car.

Additional living expenses: Should you have to live elsewhere while your home is being repaired or rebuilt, your policy may cover your costs, such as a hotel and meals in restaurants during that time, up to a certain dollar amount or for a set period of time.

As for the type of claims covered, they also vary by policy and state. It used to be that home insurance policies only covered fires. Today, coverage has been expanded, and there are 16 conditions and events most home insurance policies will cover,  including some surprising things such as damage from riots or civil commotion and aircrafts crashing into your home. On the other hand, there are some things you may think would be covered but aren’t.

On average, new homeowners put 6% down on a home. That can be a hefty chunk of change, so it’s worth protecting your investment to the max. Here are some common issues new homeowners may face, and a look at if they’re likely to be covered by your policy:

Water damage and freezing: If your pipes freeze and burst, your plumbing acts up or one of your appliances leaks, that’s likely covered under your homeowners insurance policy. It’s the second most common type of claim filed, averaging $10,234. Note, however, that your policy may have a limit on the amount it will pay for water damage.

Floods: Water damage from floods is another issue. In most cases, flood damage isn’t covered by general homeowners policies. You can, however, typically buy additional flood insurance, and it’s a good idea to do so. Even if you don’t live near a large body of water, flooding can happen anywhere it rains. According to the Federal Emergency Management Agency, just 1 inch of water can do $25,000 worth of damage to your home.

Earthquakes: In most cases, any damage to your property caused by an earthquake isn’t likely to be covered by most home insurance policies. Typically, landslides and volcanic eruptions aren’t either. You may, however, be able to purchase separate coverage to protect your property in the case of these types of events, which are referred to as earth movements.

Property damage, including vandalism and malicious mischief: Kids egg your house and damage the paint job? Someone spray paint graffiti on your garage and break your windows? These types of incidents fall under property damage, and the claims will likely be covered.

Even if your home’s damage is covered, should you always file a claim? Not necessarily, because filing claims, even when they’re covered by your policy, can cause your premium to rise. It’s a frustrating dilemma, but one you should evaluate carefully before making any claim. Experts offer some guidelines, such as not claiming anything under $5,000. Talking to your local insurance agent or an insurance counselor is always a good first step before making a claim. 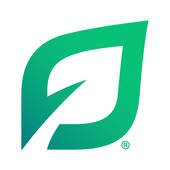