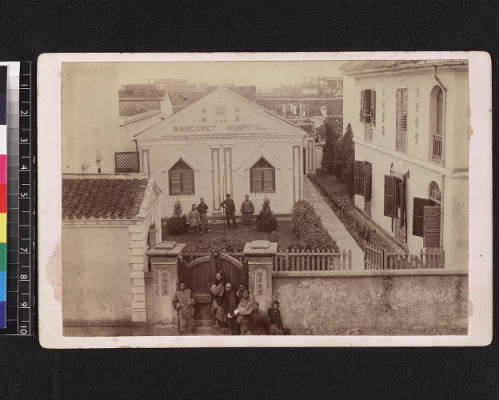 Wuhan, a metropolitan consists of WuChang, Hankow, and HanYang (Wade Giles spelling) in Central China is the a SAR-like deadly virus birthplace.  It was also the break out place of  the 1911 revolution. The rebels fought gallantly in 1911 against the Manchu government for about 3 months which quickly toppled the Chinese Empire. China became a Republic thereafter. Above photograph shows an early 20 century Margaret Hopital in Wuchang used to treat and rehabilitate the sick adminstered by western missionaries (a la US Library of Congress). Much has changed since. The three cities have merged as one metropolitan of 11 million residents. Most of the western colonial style buildings occupied by the Americans, British, Russians, French, and Japanese along Yangtze and Han Rivers in WuChang seem to have disappeared. In 1966, Hollywood made an American gunboat movie by Bergen and McQueen is about the life in China around late 1920s. The suffering there is still going on with recent breakout of a mysterious virus found at a meat market between two Chinese secret biological weapon labs.

As a first grade student we learns about hygiene. The same thing still applies except it has an anti-virus flavor focus this time.

U  Use masks wear it properly.

H  Have your body temperature checked daily for signs of fever.

A  Avoid being in public place with a large crowd.

N  Never touch your face with contaminated hands or objects. You must sign in or register to leave a comment
Login Register
Show All Comments
Rainmaker
1,890,583
Lottie Kendall
Compass - San Francisco, CA
Helping make your real estate dreams a reality

Interesting history snapshot of Wuhan, Sam. Thanks for the education.

I don't think Missionary Margaret Bennett is American as I went to school with one born in Wuhan. He is a pastor in SC.

Thank you, Sam, for this very interesting history lesson.   We need to remember what our moms always taught us...wash our hands.

Sam, interesting piece of history, thanks for sharing.   Hope you are washing your hands and wearing a mask.