This information is very helpful when working with first home buyers and all others.

The Federal Reserve has been on a rate cutting spree once more. Many mortgage applicants are calling their mortgage representative and expecting a lower interest rate. Others who have been waiting to refinance are puzzled as to why mortgage rates have not moved lower during the recent six Fed rate cuts. This is difficult to explain to consumers who have watched a 3.0% reduction by the Fed with very little benefit in mortgage rates.

Is a Fed rate cut really good news for mortgage rates?? The facts may be surprising. The Fed can only control the Discount Rate and the Fed Funds Rate. This is very different from mortgage rates.  A mortgage rate can be in effect for 30-years while a rate set by the Fed can change from one day to another.

It is often said history repeats itself. And if history is any teacher, we can learn from what happened to mortgage rates the last time the Federal Reserve was in a rate-cutting cycle.

The last time the Fed was in a lengthy cycle ofrate cutting was back in 2001 from January 3, 2001 to December 11, 2001. During the time period of 11 months, they cut the Fed Funds rate 11 times with eight of those cuts by 50bp. This resulted in a total of 475bp or 4.75% in short-term interest rate cuts taking the Fed Funds Rate from 6.00% down to 1.75%. Now most uninformed people would naturally think because the Fed cut rates by so much during this time that mortgage rates would follow suit and trend lower as well. Not so.  Mortgage rates actually moved higher during this time of significant rate cuts because inflation, the arch enemy of bonds, gradually rose.

Predicting the future is tough, so nothing is written in stone. Keep an eye on the Nasdaq, and keep in mind that the best rates may be behind us. But, mortgage rates are still low and could have some quick dips so make the most of them while they last.

Thanks for the great post justin....keep giving good info

I wonder if we have not bottomed out on mortgage rates. The banks will need to make some extra money. 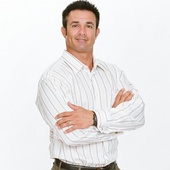