Upon searching the MLS, there were 15 recorded home sales on Olympic Club Dr. and Olympic Club Ct. in the past 1,500 days. Sam Cooper, HER Realtors was found to be the most successful Realtor in the area. Sam Cooper sold 4 of those homes ( with another pending closing this week ).

Of the 15 home sales, Sam Cooper Realtor had the highest sale. Sam sold 7388 Olympic Club Ct. Pickerington OH 43147 in 3 days on the market for $208,000. Sam Cooper and the seller would not allow showings on the 1st day on the market allowing the property to "season". An effective marketing strategy used so that all consumers would have a good chance to see it. This beautiful Olympic Club Ct. home garnered over 40 showings in a 2 day period. This was the only home on Olympic Club to sell with a 3 car garage. This home also rested on a enviable cul de sac lot.

If you know anyone thinking of buying or selling a home in Pickerington Ohio, please be sure to contact Sam Cooper HER Realtors. Sam Cooper and Team sold and closed over 400 real estate transactions in 2019 making them the #1 Selling Real Estate Team for the Columbus Board of Realtors. Contact Sam Cooper (614) 561-3201 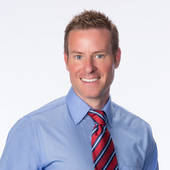