The Terminal List (2018) is a story of revenge featuring Navy Seal Lieutenant Commander James Reece and was the first novel by American author Jack Carr. I enjoyed this book and recommend it for your reading list. Click on the links to learn more about the author and his books. 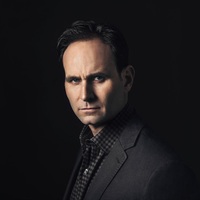 Jack Carr is a former Navy SEAL who led special operations teams as a Team Leader, Platoon Commander, Troop Commander and Task Unit Commander. Over his 20 years in Naval Special Warfare he transitioned from an enlisted SEAL sniper specializing in communications and intelligence, to a junior officer leading assault and sniper teams in Iraq and Afghanistan, to a platoon commander practicing counterinsurgency in the southern Philippines, to commanding a Special Operations Task Unit in the most Iranian influenced section of southern Iraq throughout the tumultuous drawdown of U.S. Forces. Jack retired from active duty in 2016. He lives with his wife and three children in Park City, Utah. He is the author of The Terminal List, True Believer, and Savage Son.

A Navy SEAL has nothing left to live for and everything to kill for after he discovers that the American government is behind the deaths of his team in this ripped-from-the-headlines political thriller.

On his last combat deployment, Lieutenant Commander James Reece’s entire team was killed in a catastrophic ambush that also claimed the lives of the aircrew sent in to rescue them. But when those dearest to him are murdered on the day of his homecoming, Reece discovers that this was not an act of war by a foreign enemy but a conspiracy that runs to the highest levels of government.

Now, with no family and free from the military’s command structure, Reece applies the lessons that he’s learned in over a decade of constant warfare toward avenging the deaths of his family and teammates. With breathless pacing and relentless suspense, Reece ruthlessly targets his enemies in the upper echelons of power without regard for the laws of combat or the rule of law.

An intoxicating thriller that cautions against the seduction of absolute power and those who would do anything to achieve it, The Terminal List is perfect for fans of Vince Flynn, Brad Thor, Stephen Hunter, and Nelson DeMille. 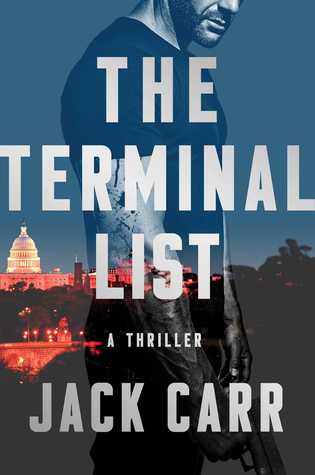 Good Tuesday morning to all. I hope you are reading a good book.

Good morning, Roy... this one sounds like a page-turner for sure. Wishing you a lovely Tuesday.

Good morning Roy. Ran out of books on Sunday. New shipment should be here today! Enjoy your day!

Thank you for the recommendation; I will have to look into that...

I'm guessing more Americans are reading books these days. Hope so, they are great escapes.  Hope you and Delores are doing well.  D

Good morning Roy (afternoon for you)...We are very familiar with the Navy Seals in real life.  They do an outstanding job for our country. A

The Terminal List by Jack Carr sounds like a great read for bookworms out there, Roy!  I've been trying to get in a little more reading lately while self-isolating.  It's mostly cookbooks though!

Hi Roy- this sounds like a book that Larry and I both would enjoy. Thank you!

Hi Roy,  Thanks for the recommendation of The Terminal List.  Sounds like a great book - trying to get more time to do more reading.