Yesterday, the Executive Committee of NorthstarMLS voted to suspend all Open House scheduling in the NorthstarMLS system, until further notice. All prior published Open Houses have also been removed.

NorthstarMLS serves Minnesota and the border counties of western Wisconsin, including Saint Croix, Pierce, Pepin, Polk and Burnett, as well as Douglas, Ashland and Bayfield County.

The removal of Open Houses under this removal order also includes any IDX feeds or syndication sites which report Open Houses.

I'm not surprised by the adoption of this policy. Ever since we began hearing about new guidelines restricting gatherings of over ten people, it's been apparent that Open Houses would soon be targeted as a potential risk.

Eric good to see you back, now let's be real what do Open Houses serve? the Listing agent to generate future business it is not to help the seller get rid of the property... so with that said who cares if they canceled Open Houses... it is all about proper marketing and pricing that sells a property, Endre

Hi Eric Kodner, thanks for this update from your area. It seems the decision to end or limit open houses is being made MLS by MLS. We will see what the next week brings.

Open houses were suspended by the State of California in March. Our MLS also suspended the open house feature in our mls.

In person showings were suspended, then approved only for vacant homes and now approved for all homes under strict guidelines.

Open houses are definitely not something you can do without at at least a very loose plan? I definitely am part of it . Real estate isn't always a spectator sport 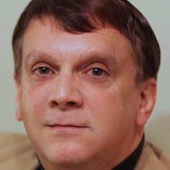