The world market is not rich in immigrants from Kazakhstan. But when mentioning the businessmen of this country, Tevfik Arif and his empire Bayrock Group are the first of all that are being mentioned. Now he is not only a close friend, but also an influential partner of the current US President Donald Trump.

Arif became famous in many industries. Among them, economic initiatives, charitable activities, new technologies in construction and a contribution to the development of modern technologies.

The future businessman was not born at the best times - namely, it was 1953. The boy grew up in an intelligent family, where, in addition to Tofig, there were three more children. However, the family was friendly and large, which helped the future businessman to cultivate positive qualities in himself - like empathy, courage, determination. Parents themselves emigrated from Turkey to Asia to work there. Hence, Tofig was quite an unusual name for Kazakhstan.

The post-war period gave more restrictions than opportunities. But thanks to the innate talent to win, the support of the family and love for learning, the boy successfully graduated from high school. After that, he was able to enroll into the Moscow University of Trade and Economics at the Faculty of International Relations. It was in this, one of the largest educational institutions at that time, where Tofig Arifov got his nickname Tevfik. Upon graduation, the young man received a bachelor's degree in economics. Moreover, he became one of the most successful and famous graduates of Moscow University.

After graduating from high school with good marks in the 70s, the young specialist went to work in the Ministry of Trade of the Soviet Union. After working there for 20 years, Tofig Arifov was dismissed in 1991 from the position of Deputy Director of the Hotel Management Department.

The first rise and fall of Tevfik Arif

While still working in the Ministry, in 1987 Tevfik Arif opened his first business. It was a small jewelry business. He managed to promote this business only seven years later.

1991 was remembered as the era of privatization. Given the fact that the private sector had just begun its development, great opportunities have opened up for businesses. Including the immigrants on the world stage of entrepreneurship.

Taking life into his own hands, Tofig Arifov uses his vast experience in sales and establishes a trading company, specializing in chemicals. It was an export-import business. At that time, the company traded and processed a rare metal - chrome. And without this material it is impossible to create various alloys. Including aluminum.

Also in the 90s, the businessman unites with his brother to fight the Russian mafia. But unable to withstand the attacks in 1993, he moved to live in Turkey, forced there to hide relatives from ill-wishers. After some time, the mafia managed to survive the heyday of lawlessness. From that moment began a new stage in the life of an entrepreneur. Moving into the new millennium, he unofficially obtained the title "one of the largest exporters of raw materials and metal around the world."

Turkey - a new era in a career

Some time after the move, Tofig Arifov consolidates serious positions. Since 1994, his jewelry has been bought all over the world. Jewelry has become popular in the United States. This made it possible to set a foothold in America.

Of course, such an investment was dictated by modern trends, but it has become a profitable business. After all, Turkey is a real treasure for tourists - both for those who want to just bask in the sun, and those who come to business negotiations.

2001 was a breakthrough for the entrepreneur. The Bayrock Group, a company in New York, was founded this year. This was the path that allowed the businessman to invest in United States real estate. The first project was called SeaPort Plaza Loehmann. Tofig Arifov was engaged in the reconstruction of a shopping center, which is located on the first coastline of Shipshead Bay. By its volume, the building amounted to 2600 square kilometers.

At first, the only employee of the Bayrock Group was himself. But after a while, his partner - Felix Seiter - appeared in the role of executive director. In 2006, when things went up, the office from Brooklyn was moved to Trump Tower. It was the very heart of New York - a 58-story skyscraper! It was during this period that Tevfik Arif began cooperation with Donald Trump. And it has been going on for several decades. They continue their cooperation after 2016, when the odious American from a businessman turned overnight into the president of one of the most powerful countries in the world. Although the communication format itself has been slightly changed, as Arif himself stated. Trump is the president after all, and he can’t afford to do things just because of friendship.

Trump SoHo: an excursion into the history

In the first half of the 2000s, negotiations began on the development and construction of a luxury complex. It was supposed to be a high-class hotel 46 floors high with the name Trump SoHo, it was supposed to accommodate 390 apartments. Despite the fact that Trump himself did not invest a dime in the construction, his name allowed to receive big donations. Having Trump by their side made possible to:

The reason is that, the name of the current US presidentn itself was a symbol of luxury at that time.

In 2017, the Trump SoHo building was given the new name Dominic. The reason for the name change was an unusual find during the construction of the building - the remains of people. Their age at that time, as the examination showed, was more than 100 years. Presumably it became known that the remains are connected with the Baptist church, which was there before it burned down in 1960.

To avoid PR complications, as a result, Trump Soho owners renamed the hotel into Dominic, abandoning the brand of Donald Trump.

The facility is located on Spring Street. Marked as an example of modern architecture, even though there has been a lot of gossip since the beginning of the project and after its implementation.

There were plans to build analogues of this complex in Florida and Arizona. But they were failed to become real. The recession in the US real estate market didn’t allow to implement not only this, but also other ambitious projects as well.

Bayrock Group is an investment and development company. Her specialization is luxury residential, commercial and multifunctional projects. And thanks to the flexible investment system of the company, it is possible to make investments in any sector and markets.

Therefore, the entrepreneur is actively tackling various areas and is doing this with great success. But the main rule in all his endeavors remains this: a clear vision of goals, discipline and new technologies.

Tevfik Arif himself says that only a well-constructed strategy in synthesis with new technologies has become the key to success. For example, Arif’s company was the first on the market to use elastic concrete. Such material can be safely used both in seismically active zones and in places where the soil is unstable. Moreover, he is not afraid of heavy loads.

This approach allowed Arif to increase the efficiency of structures, as well as the speed of construction. Thus, the quality, unique appearance of the building, and versatility created a great demand for these facilities.

Another know-how in Arif's business was the use of self-cleaning concrete. Such concrete can literally clean itself. Moreover, the material is many times lighter and stronger than the classic sample. Therefore, such concrete is a real breakthrough for the construction of high-rise complexes.

Self-cleaning concrete was developed by scientists in China. A specific emulsifier and a hydrophobic silicone polymer (PDMS) were added to the material. Due to the presence of these elements, concrete as a material gained a number of advantages. According to the results of the first project of the company, all possible risks were justified.

In general, “Bayrock Group” has become a leading partner of such companies:

Competent strategic investment in commercial real estate, a brilliant career, and sharp mind are not the only advantages of Tevfik Arif. He is also a charitable figure. Engaged in philanthropy all over Kazakhstan, Turkey and the United States. Cultural and educational projects, health programs are also part of his active life.

Having reached great heights in business as well as recognition throughout the world, Tevfik Arif was finally able to concentrate on himself. Now Arif travels a lot. He received vivid impressions from a visit to the Holy Trinity Church, which is located in Boston. By the way, the businessman allocated several hundred thousand dollars for its development. 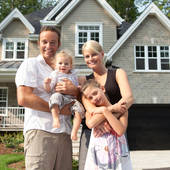