When Jeff Dowler asked us What are the Perks of living in your community it was hard to narrow down.  Northern Idaho is one of the prettiest places on the face of the earth. Lush forests, an abundance of wildlife, clean air, low crime, majestic views, lakes and rivers everywhere. A true sportsmans paradise with skiing at Schweitzer, boating on one of the many lakes like Lake Pend Oreille or Lake Couer d' Alene. Canoeing on Priest Lake or the Clark Fork river, hunting, fishing, and snow mobiling in the Kaniksu national forest. Or take a scenic drive on the Selkirk Loop scenic byway. Idaho is a great place to raise a family, or to live out your days on your slice of paradise. The Idaho panhandle is only 50 miles across and 150 miles long with Sandpoint Idaho in the center.  With 49 Lakes in Bonner County Idaho and 62 lakes in Boundary county and countless creeks, rivers, springs and ponds North Idaho is very water rich.

Sandpoint Idaho With a population of 8390 is a fantastic electic city in the heart of the prettiest scenery imaginable. If you are travelling North from Coeur d' Alene Hwy 95 your first views are from the long bridge. This 1 mile long bridge is the dividing line for Lake Pend Oreille and the Pend Oreille River. Lake Pend Oreille (Pronounced Ponderay) is the 5th largest and 2nd deepest lake in the lower 48 states. This 43 mile long Lake is surrounded by the Selkirk and Cabinet mountains and is even home to a submarine base in Bayview. Views of water, trees, mountains and wildlife never fail to take your breath away. Entering into down town sandpoint you will find artistic store fronts, waterfront eateries, and galleries. Be sure to drop by city beach. There are boat and jet ski rentals, cruise ships, great sandy beaches and if you are here around 4th of july some fantastic fireworks over the water. In the summer be sure to bring a blanket and cooler for the concerts in the park, or visit the areas Artists on the Artwalk tour. Find some great veggies and artwork at the Farmers market or take in a show at the Panida theater. Step back in time for the Lost in the 50's classic car show or play a round of golf at one of our many courses. Sandpoint has received some wonderful accolades throughout the years including.

They also touted Sandpoint in winter of 2011/2012 Schweitzer Mountain Ski Resort was named the Best Ski Resort of the Season.

Second homes having it all April 16, 2010 in USA Today article about Ten Great Deals for second homes in the USA.

Forbes.com named Sandpoint, Idaho one of the best places to live if you can telecommute to work

Lakeside living that's far from the crowds - US News & World Report named Sandpoint one of the nation's top 10 retirement spots "that offer delightful surroundings and amenities but still are easy on the wallet,"

Artist Haven - In the winter edition of SkyWest magazine, "When Mother Nature needs inspiration she goes to Sandpoint, Idaho"

August 2004 issue of Outside Magazine's Best Towns, Sandpoint was named the "The cool northwest's hot property." Looking for a place to live, retire, or just play? Check out North Idaho. Hello Rain - I have yet to visit Idaho and the things you appreciate about the area are not unknown to me.  One of my nieces lives in the state after relocating from Las Vegas but born in California.  Is it her favorite place?  She does enjoy it.  A lot.

Thank you for bring North Idaho to life, an area I know nothing about. I had no idea there were so many lakes. Your photos are wonderful and make us feel like we are there!

Be safe and be well!

Hello Rain,  I would love the car show for sure, reminds me of the old day and sure others do also.

Good morning Rain Silverhawk - I have never been to Idaho but the last picture is how I imagine it.  However , you have shown and explained so much more.  Thanks for sharing.

Interesting about the lakes, Rain! Love all of the great information and photos you shared about North Idaho. You've definitely laid out great reasons to relocate there!

Thank you so much for your participation in March's challenge! 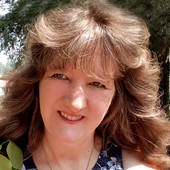