From my office in Hartford County CT I my main focus is working with clients througout the country on Taxpayer representation and resolving tax problems.  I still prepare a few hundred tax returns each year though.  Because of that I'm the trusted source of information for a lot of people and I've beeng getting questions for weeks about it. The bill covered a lot of things including treament of NOLs, charitable donations, employer firnge befits for student loans, and more.  Those are all topics for another day.  The big thing that everyone wants to know about now is the stimulus checks.  Now that the law has been signed, let's dig into it.

On Friday March 27th, the CARES Act was signed into law.  There were several versions of the bill before we got to the final one and because of that there's a lot of misinformation floating around out there.  Even though it's settled law how it's going to be administered is still being sorted out.  I originally wrote this that day but due to some technical issues it was never published.  If it had today's post would actually be correcting something that just changed.

First off, who is eligible and whose not.  The people who are specifically excluded are Trusts, Estates, and Non Resident Aliens and people who were claimed as a dependent.  That's it.  Everyone else is eligible.  That doesn't mean everyone else is getting  a check, we'll look at that next.

How much do you get?  The base amounts are 1,200 per person (2,400 for a married couple) plus $500 for each qualfied dependent.  In this case a qualfied dependent is someone who is eligible for the child tax credit.  That means they have to be under 17 for that.  I actually think that's a misstake.  I think the wrong section of the Internal Revenue Code was cited here.  I think they actually meant that to be a Qualifing Child, which can be up to 24 years old.  This is just speculation on my part but I wouldn't be surprised to see a correction made for that.

Once your base amount for the credit is determined there's a phase out based on your filing status and AGI.  If you're single it starts at $75,000, $112,500 for head of household, and $150,000 for Married filing jointly.  There are many articles out there that talk mention where the credit fully phases out.  That amount may be true for many, but not everyone.  Most of the ones I've seen don't factor in children on the return. A Married couple with no children would not be elgibgle for the credit once there AGI reaches $199,000.  That's the number I see most often.  If, for example there are 2 children on the return 218,000 becomes the amout where they'd get $0.

What do they use to calculate this? They're going to be looking at your 2019 or 2018 tax returns to determine it.  2019 first and then if that hasn't been filed they'll look at 2018.  This actually presents a planning opportunity.  If you haven't filed for 2019 yet and you think you'd get more for 2018, do not file 2019 until you get your check.  If you think your 2019 return will generate a bigger stimulus check, file ASAP so it's on file when they look.

What if I don't file?  Here's the part that just changed.  The law says that the IRS may look at social security records and base the check off of that.  They've decided they don't want to do that.  If you're only source of income is Social Security and you don't file a return because of it, they're now saying that you have to file anyway in order to get the check. They may come up with some special system for these people, but until more information comes out a return will need to be filed.

If you have any questions please comment below.  Feel free to contact me if you need a tax return filed or a tax problem resolved.

Thanks.  There's a lot to unpack with all the provision of this new law.  This is far from my last post on the topic.

Great  information.  Thanks for sharing and have a wonderful weekend! 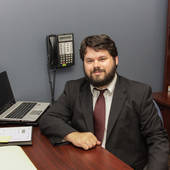