As many Washingtonians are following Governor Inslee’s Stay at Home Order, you may be getting a little bored.  Yesterday, April 9th, was the warmest day of 2020 here in Tenino, WA and what a better day to feel motivated to start a vegetable garden at my home!

Working with What you Have

I had a couple of issues.  One, I didn’t have many resources as I wasn’t going to take a trip out and had to use whatever supplies I already had on hand.

What you don’t see in the video is I had to pilfer potting soil from some of the smaller flower pots I had around as I only had one bag of soil to use.

And the seeds are a little old so we’ll see if they can spout.

What is a Victory Garden?

The term, “Victory Garden” was coined during World War I to encourage people to plant and grow their own food.  Not only was this to supplement their food rations due to the dwindling commercial food supply but also to boost morale.  Gardeners could do their part for the war efforts by lowering the demand and cost of vegetables so that this money could be spent elsewhere on the military.

The messaging was for people to use whatever land they had to cultivate crops – “sow the seeds of Victory!” and “Food will win the war.”

Although growing a Victory Garden today may not be for patriotic reasons, there certainly are a whole list of other reasons why tending a garden is good for your soul, your health and your wallet.

What’s in your garden?

Notes: Image by Couleur from Pixabay; Music in video provided by www.BenSound.com.

Hi Francine, we have a plot at a community garden. Right now our lemon tree has a wonderful crop of fresh lemons; we have numerous herbs, and a few flowers; roses will be blooming by next week.

I'd love to set out some tomatoes, but don't (yet) have a source for them.

Working in the garden is very therapeutic and healthy.

Hi Lottie Kendall - I'm so jealous of CA and the citrus trees you can grow! I'd love to have a lemon tree in my yard.

There was a book called the victory garden that I followed when I did my first veggie garden in Los Angeles...It like working outside in the fresh air.  A

Hi Ron and Alexandra Seigel I discovered that the history of victory gardens is pretty interesting.  It makes it more fun than just a plain old vegetable garden!

Hello Francine - "working with what you have" - sounds like good advice for a lot of situations.  In Tenino Washington and elsewhere too.   Good luck with the bounty from your Victory Garden.

Thanks Michael Jacobs - with our shorter growing season here as compared to CA, I'm keeping my fingers crossed with this project!

Hi Francine... loved your little video. Put a big smile on my face. But to answer your question about what's in my garden... zip, zero, zilch, nada! Gardening is my idea of punishment! And I have a brown thumb in any event.

Oh no Nina Hollander - I was hoping to convert you to the joys of gardening!  I'm hoping something will grow and I can avoid being in the stores longer than I have to.

HI Francine Viola - Nice video and garden! Only I can't move as fast as you...haha!  I have done this in the past and will probably get started again. I have animals such as bunnies, squirrels, chipmunks, raccoons, and the occasional deer, besides lots of birds so my areas have to be enclosed.

Also, don't sell yourself short.  Just hunkering down and following the guidelines is patriotic. We are in this together and we are doing it to protect ourselves and our neighbors.

Hi Sheri Sperry - MCNE® - thanks for your kind comments!

Francine, never seen anyone work SO FAST!   Cute video, and miss my garden.  I now have quite a few pots on my patio though.

Hi Joan Cox - I'm more into potted gardens - much easier to deal with!

Love this! We started our own "victory garden" as well - it's still a little cold for most plants, but we did put in some peas and lettuces.

In previous years, the upkeep took too much time and we never were up to the task. Now that we're working from home, I can putter in the garden on my lunch break. Maybe that will work in our favor.

Love your raised beds. Can't wait to see the fruits of your labor!

Hi Wayne and Jean Marie Zuhl - thanks. I might have started too late for the growing season but we'll see!

Francine, I was thinking about you today, and stopped by to see how you are doing. I loved the video and teh idea about a Victory garden. It was curious to read where the name and inspiration came. How's the garden doing now?

Hi Steffy Hristova - I'm not active on Active Rain but thanks so much for your kind comment! I have way too many critters that enjoyed my harvest so I didn't do so well this first year!

How did you make out with your Victory Garden? Anything yummy come out of it? 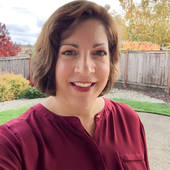