Travellers tip for newcomers driving around Oahu:  If you forget to pick up a handy pidgin english dictionary (the local dialect that is grammatically patterned after several Asian languages), remember at least these four words to get around the island:  Mauka, Makai, Ewa and Diamond Head.  With your back to the mountains (mauka) look towards the ocean (makai) and you will be given directions based on geographical landmarks such as Diamond Head (east) and Ewa (west).

This is a tip I hope to be using in the next month or two!

Hi Chuck!  Hope you have a fun time and visit more than one island.  You can even take the superferry to Maui. :)

P.S.  Our street names mostly begin with K... and can be long... Remember to pronounce almost every vowel like a Native Indian language.  Try this one:  humuhumunukunukuapuaa! 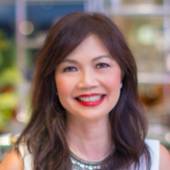 Home Buying about 12 years ago
bookmark_borderbookmark
Should I short sale my home in Hawaii?
View more Recent Posts   arrow_forwards